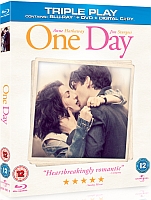 Based on the hugely successful novel of the same, the theatrical release of Lone Scherfig’s One Day (2011) carried with it the unusually high expectations of those already devoted to its source material. Adapted for the screen by original author David Nicholls and directed by Scherfig, best known for the BAFTA Award-winning An Education (2009), these expectations were not unfounded. However, with source material spanning 20 years of a relationship, they may have been a little unrealistic.

Emma (Anne Hathaway) and Dexter (Jim Sturgess) become friends on 15 July 1988, on the night of their graduation from Edinburgh University. The film continues to revisit them, whether separated or together, on the same day for a selection of years up until 2011. Emma is intellectual, level-headed and down to earth, where Dexter is promiscuous, shallow and irresponsible. However, the pair compliment each other perfectly and share a lasting friendship which consistently borders on something more intimate. This close bond lingers despite a wealth of other romances and fights, all the while indicating that the two are meant for one another. 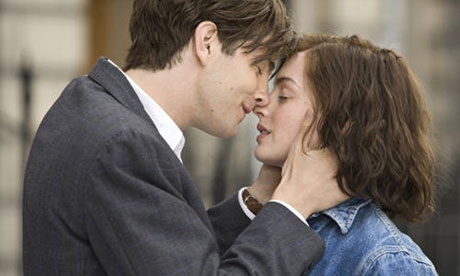 Much has already been said about Hathaway’s attempts at a northern accent, with comments on her performance littering the press in the wake of the films release. Varying from broadly northern to posh southern and covering a lot of the spaces in-between, Hathaway continually tests the audience’s suspension of disbelief, pushing them to question the validity of every interaction. However, the rest of the cast will quickly help the audience to forgive this indiscretion. Patricia Clarkson and Romola Garai in particular hit all the right notes and make the most of their limited screen time, whilst Sturgess provides an excellent interpretation of Dexter which is practically pitch-perfect.

Unfortunately, One Day was far better suited to its previous form. In adapting the story for the screen, the narrative often feels hurried and lacks the depth of the novel, but it is not simply the usual conversion process which leads to this conclusion. The character interaction in the novel rarely expresses how Emma and Dexter truly feel, instead describing their thoughts to heighten the unpredictability of their actions and feelings. As a casualty of the adaptation, this technique had to be dropped, leaving the audience to interpret actions and motivations which often seem scattered and tenuous.

However, One Day makes for an extremely affecting watch, is at times incredibly heartbreaking and should receive some recognition for being a hundred times more ambitious than the majority of romantic comedy/drama films that have been churned out in recent years. The film also contains some very touching moments, which are often captured in interesting and inventive ways. For instance, in a sequence towards the end that takes place on a hill, the audience are provided with a particularly poignant transition which perfectly encapsulates the human experience of time and place.

Scherfig’s One Day is a brave attempt at breaking new and inventive ground, which unfortunately falls just short of the mark. Though fans of the original novel will undoubtedly be disappointed, the film offers a thought provoking and solidly entertaining experience that just might leave you heartbroken.