In 2007, actor Paddy Considine made his directorial debut with short film Dog Altogether, garnering numerous awards including Best Short Film at the Baftas Starring Peter Mullan and Olivia Colman, Dog Altogether told the story of a man consumed by aggression who searches for redemption. Four years later, Considine has adapted the story to create his first feature, Tyrannosaur (2011). Joseph (Mullan) leads a solitary life, wandering angrily around his small town and acting without consideration or restraint. After a particularly violent bout, Joseph is racked with guilt and stumbles into a charity shop. 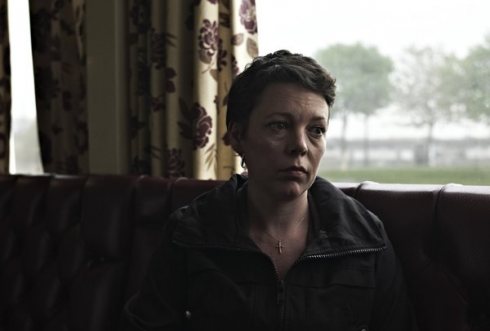 Charity shop worker Hannah (Colman) offers him support and the two develop something of an unconventional friendship. However, things soon become more complicated when Hannah’s abusive husband James (Eddie Marsan) learns of the friendship. The performances in Tyrannosaur are outstanding. Criminally overlooked by mainstream awards, the three leads strip away any usual conventions and act with a truth rarely seen in cinema. Colman in particular gives the standout female performance of 2011, with her heartbreakingly honest portrayal of a hopeful, loving, yet damaged character who is lost in misery and desperation. The stellar performances thus cultivate an unusually close intimacy between the characters and their audience.

Credit must also go to the delicately constructed script and direction, which allows the actors room to breathe and also contributes to audience empathy. Whilst the film is cinematic, the sequences featuring interactions between Joseph and Hannah could grace the boards of any stage, as they are written and directed with an intimacy which causes the audience to feel a deep physical and emotional closeness with the characters. Tyrannosaur portrays unchecked anger and violence, working to illustrate the damaging consequences they can have on both aggressor and victim.

The often sparse use of dialogue in the script is sensitive to its subject matter, reflecting a world in which a large number of the population find it increasingly difficult to accurately communicate their feelings through language, becoming frustrated and often utilising more aggressive means of expression. Tyrannosaur is by no means an easy watch. Dealing with neglect, abuse and death, the film is harrowing and often extremely brutal in its depiction of the damage that one human being can do to another. However, it provides a powerful, emotionally overwhelming and ultimately hopeful 91 minutes in which performance, direction and content are imbued with a rare sense of truth.