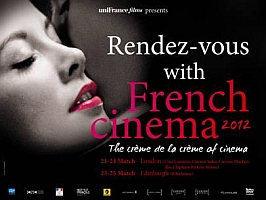 Every single film in this year’s programme has already received a distribution deal, with forthcoming releases from such high profile companies as Artificial Eye, New Wave Films and Peccadillo Pictures amongst a selection destined to please even the most ardent of Francophiles.

One of this year’s highlights has to be the event’s opening film Beloved (2011), by director Christophe Honoré. Much like his past efforts (including the enchanting Les Chansons D’amour) Honoré has once again teamed up composer Alex Beaupain and regular leading man Louis Garrel to create yet another musical stepped in sexuality and female empowerment. 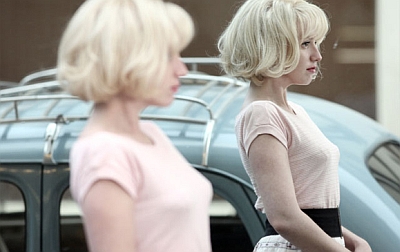 Also starring Catherine Deneuve and Ludivine Sagnier, Beloved flits between modern day London and 1960s Paris, whilst two generations of women compare the men of their lives. If it contains any of the deft touches of Jacque Demy’s flamboyant work of the 1960 (an element which made Les Chansons such an unbridled joy), then Beloved looks set to be the perfect opening film’s for this year’s festival.

Other highlights include Ismaël Ferroukhi’s Free Men (2011), a Second World War dram set in Paris which revolves around an Algerian immigrant (Tahar Rahim) who is inspired to join the resistance due to his unconventional friendship with a local Jewish man. Those in attendance will also be privileged enough to see Goodbye First Love (2011) – Mia Hansen-Løve’s follow-up to her hugely successful Father of My Children (2009) – a poignant, adolescent romance that looks set to recreate the Nouvelle Vague’s natural ability to exquisitely capture the essence of French youth culture.

Finally there’s Angèle et Tony (2010), a slow burning romance which despite its languid pace, managed to win over audiences at last year’s Edinburgh International Film Festival. Many will find its monotonous tone and desolately honest approach a little too much to handle and rightfully so, as this is a film so devoid of any form of joy or excitement that you’d be hard pressed to recommend it to anyone with even the slightest preference for the comforting sensibilities of mainstream cinema. Yet as a harrowing, bleak insight in the real emotional traumas of modern day life, Angele et Tony is hard to beat.

For more information on this year’s Rendez-Vous with French Cinema event, including screening dates and times, visit the official website rendezvouswithfrenchcinema.com.