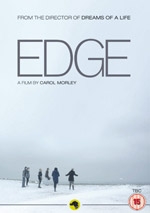 Carol Morley’s 2010 feature debut Edge is likely to be one of the most frustrating and misguided releases of the year. This dreary story, written and directed by Morley (responsible for last year’s wonderful documentary Dreams of a Life) and starring Maxine Peake, Marjorie Yates and Joe Dempsie, plays like an overextended episode of one of the television dramas for which the majority of the cast appear to be better known. What story there is revolves around six disparate individuals who find themselves holed-up in the Edge Hotel, overlooking a windswept, out-of-season seafront in some nameless town on England’s south coast. As their stories unfold, six very different characters emerge amidst the bleak surroundings. 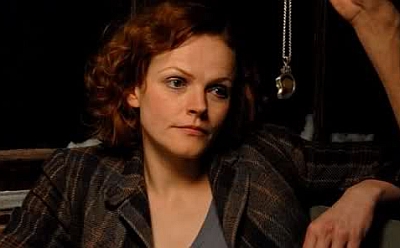 It’s clear that Edge is trying to make a statement, yet it’s so intent on doing it in an overtly-artistic manor that it looses itself and the viewer in its own pretentiousness. The only individuals to warrant more than passing interest are Wendy (Yates), who has come to the hotel to finish her life, and Agata (Anna Wendzikowska), the Polish chambermaid whom she tries to cajole into helping her. The two strike up an awkward friendship through which they, to an extent, find themselves, though even this is making it sound better than it is. If you’re planning on watching Edge, you should forget the largely uninspiring cast of characters and simply enjoy the film’s aesthetics, which are at times mesmerising. One tends to forget that seaside towns are not just for summer holidays, but they too exist the year round and in all seasons.

The depiction of one such town where the Edge Hotel is situated (shot during a wintry January in Eastbourne), is beautiful though unlikely to do much to dispel the bleak impression such places hold once the tourists and day-trippers have packed up and left. The image of its white cliffs meeting a snow covered beach is hypnotic, amidst an otherwise jarring mishmash of gaudy wallpapered hotel rooms and vibrant green promenade cafes. Despite some impressive visuals, Edge is very much a hit-and-miss (mostly miss, in truth), raw debut from an undoubtedly talented filmmaker. Those looking for an introduction to Morley’s oeuvre would be better advised to seek out some of her shorts or head straight for the touching Dreams of a Life.