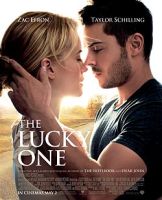 Director Scott Hicks offers UK audiences a highly sentimental adaptation of Nicholas Sparks’ novel The Lucky One (2012) this week, starring Zac Efron and Taylor Schilling. Efron plays US Marine Logan, who, after serving three tours of duty in Iraq, is convinced that the reason he has survived is due to his lucky charm – a picture of an unknown woman that he discovered just before a mortar struck the exact place he was standing. Unable to adjust to civilian life back home, Logan sets out to find the unknown woman from the photograph.

Much like other adaptations of Sparks’ novels – including Dear John (2010), The Notebook (2004) and Message in a Bottle (1999) – Hicks’ The Lucky One is draped in soft, warm lighting, turning Louisiana into a heavenly, semi-rural idyll. Contrastingly, the film opens to a frenetic battle in Iraq which, whilst generally convincing, presents the audience with their first major stumbling point – how are we to believe that the blue-eyed Efron is a war-torn hero? Miraculously, Efron just about manages to convince in the role, allowing the rest of the film to hinge on this central conceit. 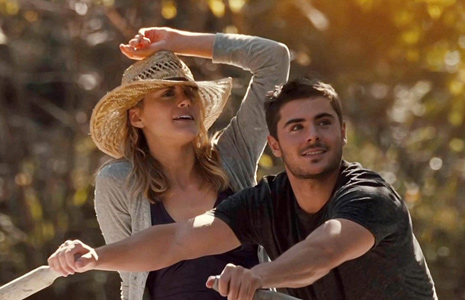 Once re-established in his small rural town, Efron’s Logan discovers that the unknown woman in the picture (Schilling) runs a kennel. He agrees to take a job helping out with the dogs after an awkward conversation in which he is unable to tell her the truth – perhaps due to survivor’s guilt – and from this point on Efron is back in more comfortable territory on lead love interest duty.

The Lucky One’s story is hugely generic and most will be easily able to plot just how the film will pan out. Despite this fact however, Hicks’ romance makes for surprisingly enjoyable viewing for one reason alone – Efron’s charming central performance. There is something extremely likeable about Efron’s Logan, with the young star successful in evoking substantial heart-warming appeal.

Despite being lightweight, terribly clichéd and overly-saccharine, The Lucky One remains remarkably endearing throughout. The trick to enjoying Hicks’ film is to not over-think proceedings – this is a fluffy, frothy romantic drama held together by an undeniably pleasurable performances from its leading, teen idol star.