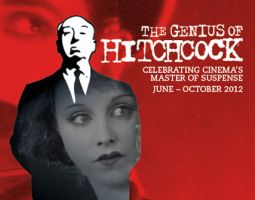 Most of you reading this will have probably (either on Blu-ray, DVD or television) seen such Alfred Hitchcock classics as Psycho (1960), The Birds (1963) and Vertigo (1953). Some of you may even have seen Rope (1948), Marnie (1964) and Frenzy (1972), but what about such silent delights as Blackmail (1929), The Lodger (1927) or The Ring (1927)? With a big-budget Alfred Hitchcock biopic currently in production, BFI retrospective The Genius of Hitchcock (June to October 2012) celebrates the lesser-known work of Britain’s master of suspense.

Over the course of London’s Olympic summer, a number of Hitchcock’s newly-restored early silent pictures will be shown at venues across the nation’s capitol. But that’s is not all. A handful of carefully selected, contrasting musicians have also re-scored these films according to their own reactions to the content. The special launch held at the BFI Southbank last month featured a question and answer panel with these musicians, chaired by Sight & Sound editor Nick James.

During the launch, BFI’s Creative Director Heather Stewart discussed how arduous, yet worthwhile the restorations and fundraising had been to make this three month-long festival come to fruition. With the added novelty of interjections from a ‘Hitchcock’ voice-over, Stewart provide insight into the special events that will also take place in support f the screenings. Alongside a comprehensive re-run of all his titles, London will welcome a scheduled Q&A discussion with Tippi Hedren, the blonde star of several Hitchcock titles, who famously claimed to be harassed on set by the eccentric director.

The season will be studying the elements paramount to the filmmaker’s success, the relationships shared with his luminaries and also how Hitchcock’s wry wit and hands-on approach to the promotion of his films made him a world-renowned, international directorial icon.

For more info on the BFI’s The Genius of Hitchcock season, which runs from June to October 2012, visit bfi.org.uk/hitchcock.