In his first feature film behind the lens, Terry McMahon’s role is threefold: as writer, director and producer of Charlie Casanova (2010), he delivers a narrative rife in nihilism that is devoid of any real plot, managing to lose itself amongst the senseless ramblings of its protagonist. Unfortunately, this is all at the cost of delivering what could have potentially been an impacting piece of contemporary social commentary.

The film’s eponymous central figure Charlie (Emmett Scanlan) has a charismatic and charming air about him. Whilst away at a conference with friends, he appears to be the focal point, always having the most to say and the strongest opinions. But when Charlie becomes involved in a fatal hit-and-run, a destructive game ensues where lady luck – a deck of cards to be precise – decides the outcome of all his future decisions. His explicit loathing for the working class, and anger at what he sees as social injustice informs the deadly path that he, and his somewhat less eager friends, embark upon. 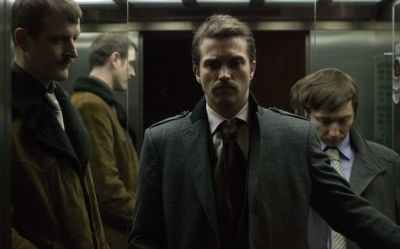 The most disappointing aspect of Charlie Casanova isn’t that its plot lacks any real trajectory, or that its narrative feels so implausibly purposeless; it’s that despite some intricate dialogue and carefully orchestrated camerawork, it fails to deliver anything wholly innovative or original. For a film that appears to want to cast a damning verdict on the shape of modern politics and society, it falls horribly flat. Whilst Charlie clearly embodies a specific ideology and a cynical world view, the situations and decisions made by the writer don’t necessarily get that across.

Charlie Casanova really is McMahon’s sole vision, and could have only been imagined and realised that way. His first feature does offer a few positives in the performances of its cast, and in particular its central protagonist. Scanlan, best known to UK audiences as Brendan Brady in Channel 4 soap opera Hollyoaks,  is commanding, expressive and visceral throughout, and makes Charlie unrepentantly detestable – a positive in this instance. In addition to Scanlan, the performance of Damien Hannaway as Charlie’s best friend Kevin provides a perfect counterbalance to the aggression, anger and volatility of our leading man.

Charlie Casanova does have some partial potential and it will be worth seeing what McMahon, as a director and writer clearly full of ideas, can produce next. However, on this outing the former-actor fails to deliver.