DVD Review: ‘You Only Live Once’

Released on DVD to celebrate its 75th anniversary, You Only Live Once (1937) is the epitome of what its legendary director Fritz Lang did best. Starring Hollywood icon Henry Fonda and Sylvia Sydney, whose career spanned almost seventy years, this film epitomises the taut and moody film noir genre which Lang made his own between the 1930s and 1950s.

Joan Graham (Sydney) serves as secretary to a public defender, Stephen Whitney (Barton MacLane). Good at her job and popular with her boss Joan has one major problem – she is in love with small-time hoodlum Eddie Taylor (Fonda) who is serving time in the local penitentiary. Believing that Eddie is a basically good man Stephen helps him get probation and find a job on his release. Determined to go straight Eddie marries Joan and everything seems to be fine – for a short while anyway. However, after being unfairly dismissed from his new job, Eddie sees no other option than to return to a life of crime leading to a downward spiral with inevitably tragic results for all those involved. 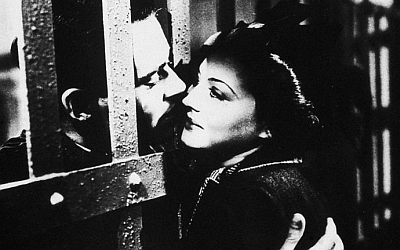 If you yearn after an era when criminals wore not much more than a sneer along with their sharp suits and even sharper dressing gowns, and their women were either cigarette smoking molls or, as in the case of Joan, totally besotted and innocent wives who could think no wrong of their men despite all the evidence to the contrary, then this classic depiction of life on the wrong side of the tracks is for you.

Widely considered to be amongst his best works (after celebrated 1927 sci-fi Metropolis) You Only Live Once is the perfect example of Lang’s trademark use of monochromatic tones to create the perfect atmospheric and shadowy backdrop against which the tale of downtrodden despondency plays out. Fundamentally a study of one man’s frustration and his eventual retaliation against a society which he feels has failed him as much as he it, the film is also a showcase for the dark and brooding introspective style which Fonda, in the central role, made a career out of.

Ending on a suitably Bonnie and Clyde-esque downbeat note, in keeping with the film’s overall tone, You Only Live Once, though hardly uplifting, undoubtedly makes for a thought-provoking piece of cinema.