Writer-director Jérôme Le Gris’ debut feature Requiem for a Killer (2011) is a laughably bad thriller from beginning to end, focusing on the last days of a pseudo-femme-fatal Lucrèce (Mélanie Laurent). Tired of being a gun for hire, Lucrèce agrees to take one last job before she can devote her time with her eight-year-old daughter. Whisked away to a châteaux in Switzerland, Lucrèce must masquerade as an opera singer in order to kill vocalist Alex (Christopher Stills).

The plot of the film is woefully convoluted in its attempts to establish any sense of peril or genuine thrills, despite numerous attempts. From the opening contract kill involving a clutter of cats, to the botched poisoning involving a wine bottle, audiences will soon realise that they are in for a tedious affair. The plot desperately attempts to demonstrate class and sophistication with use of classical music and perfume-advert-shots in churches and/or Swiss castles but never achieves it, despite trying frantically hard. 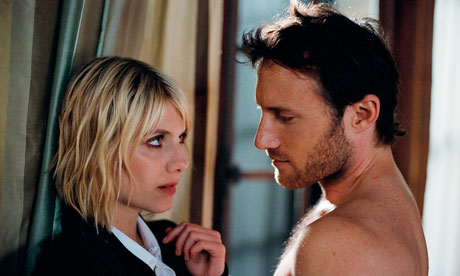 Moreover, this poorly-directed, un-thrilling thriller totally fails to establish any plot details. This includes shoehorning in an absent father subplot, briefly touched upon at the beginning and resolved in the closing moments of the movie, but otherwise ignored. Worse still is the attempt to generate sympathy for Lucrèce by tossing in a scene or two with her daughter, but which fails to generate any form of empathy between the audience and her character.

Le Gris has also decided to make both the Catholic Church and a dastardly oil company (clumsily called British Oil) the villains of the piece, again through a series of underdeveloped and inadequate scenes that make little or no sense. The complete absence of plot details shows little care, failing to answer or even ask why Lucrèce, who was once an opera-singer, decided to become a hitman. At best the convoluted plot feels like a daytime melodrama or murder mystery.

Were these numerous problems not enough, Requiem for a Killer also suffers from a host of terrible performances, the most surprising of all being Laurent who never manages to either create sympathy or convince us that she is a cold-blooded killer.

With weak characterisation, poor direction and terrible performances, Requiem for a Killer is quite simply a loose collection of underdeveloped ideas strung together by a near-absent plot.