Film Review: ‘I Am Bruce Lee’

“My obsession is to make, pardon the expression, the fuckingest action movie ever.” With the recent release of Gareth Evans action film The Raid (2011), which many have described in similar terms to those above, it seems only appropriate that the world takes a look back at the man who influenced all martial arts movies in the new documentary I Am Bruce Lee (2011).

Pete McCormack has turned his hand to the Chinese superstar following Facing Ali (2009) where he collected together former rivals of the boxer to pay tribute to him. Ironically, archive footage of Ali plays a part in this film too as we learn that Lee was obsessed with watching boxing videos; when asked why he watched so much Ali, Lee responded that it was because he was going to fight him someday. 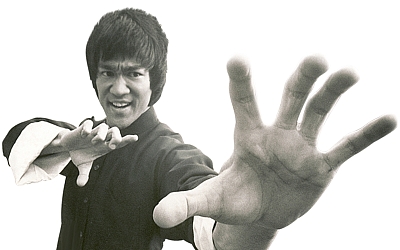 The title of the film may seem something of a misnomer at first glance as the film is not an investigation of the man on a personal level; familial issues are mostly passed over quickly with Lee himself, in archive footage, the one to touch on not being “a saint” and his temper. However, through the film we come to understand what Bruce Lee was striving to be and do; express himself through his body and through his martial art, and in that way this film does look at who and what he was and still is today.

McCormack speaks to those who knew Lee personally; we hear from his widow Linda, daughter Shannon and close friend Dan Inosanto as well as from a variety of journalists, celebrities, and professional fighters such as Mickey Rourke, Kobe Bryant and Gina Carano. Through archive footage we learn of Lee’s views from his own mouth, and from the lips of the others we come to understand just what he meant to the people who knew him and those who didn’t.

I Am Bruce Lee does a fine job showing just what his legacy has been as well as perfectly illustrating his charm, charisma, speed, and grace – most amply represented in footage from his Hollywood audition. It charts his tragically short career but also treats those not already in the know to his philosophies, his Cha-Cha ability and various humorous anecdotes. The highlight of these is Bruce re-inventing his fighting style after a crisis of confidence in traditional Chinese martial arts. The reason for the crisis? He took a whole three minutes to beat an opponent into submission. Which says it all really.