All great documentaries start with a fascinating subject, and Bart Layton’s The Imposter (2012) has one of the most bizarre and compelling you may ever hear. The film focuses upon the mysterious Frédéric Bourdin, who manages to convince a grieving Texan family that he is their sixteen-year-old son, Nicholas Barclay, who went missing three years earlier. The story becomes all the more surreal when it is announced that the presumed missing child was discovered in Spain.

Layton’s superb debut truly boggles the mind. How did Bourdin manage to commit such a cruel crime, deceiving not only the family but also the US government into granting him citizenship? We learn just how through a series of interviews with Bourdin, who gives frank and terrifyingly nonchalant reasons as to why he made such fraudulent and damaging claims. Through the interviews, Bourdin demonstrates his ability to captivate and convince, at one point even stating, “For as long as I can remember, I wanted to be someone else”. Disturbingly, his delivery manages to inspires a strange form of sympathy. 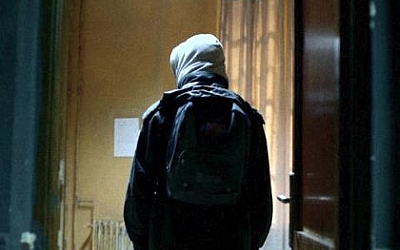 A thriller-like structure is embedded into the structure of Layton’s The Imposter, aided by a number of well-shot re-enactments, drawing on tropes of film noir and hard boiled detective fiction. The carefully orchestrated, stranger-than-fiction narrative builds its sense of tension by holding back information before providing a reveal to the tale, which although already remarkable, becomes all the more engrossing. Layton utilises key moments in the story, looping back and forth to provide new information that carries the audience along the incredible journey of Bourdin.

The plot thus far would be enough to grip most audiences, however another twist reveals a yet darker aspect to the story, again adding to the documentary’s thrilling quality. A Texan private investigator joins the tale, helping in part to answer the ever-present question of what really happened to the real Nicholas. As the narrative reaches its climax, audiences may well find themselves reconsidering the information that was previously provided, leaving a lasting impression on the psyche long after the credits roll.

Layton may have discovered documentary dynamite with his debut film’s labyrinthine subject matter, but he has also crafted a brilliant piece of cinema and understands fully how to tell a story in an arresting manner. Layton’s The Imposter is not only one of the very best documentaries of 2012, but is arguably a contender for best feature – full-stop.