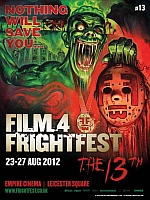 Returning once again to London’s Empire Cinema Leicester Square this year for its ghoulish 13th incarnation, Film4 FrightFest 2012 kicks off next week with another five-day lineup of horror premieres, previews and industry interviews (23-27 August). From the Ethan Hawke-starring Sinister and Irish horror comedy Grabbers through to Peter Strickland’s giallo ode Berberian Sound Studio and the Sam Raimi-produced The Possession, this year’s FrightFest programme looks stronger – and more psychologically unnerving – than ever.

With 48 carefully selected films showing over three screens, featuring a record-beating 15 world premieres and 23 UK or European premieres, FrightFest 2012 has something to offer horrorphiles of all persuasions. Whether your bag is body horror, supernatural spine-tinglers or thought-provoking arthouse efforts from Europe and beyond (11 countries are represented in this year’s eclectic ensemble), the Main Programme, Discovery and newly-created Re-Discovery strands will be presenting cinematic oddities for all tastes and palettes. 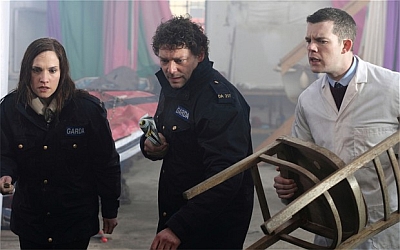 For the patriotic amongst you, the returning Best of British lineup opens with Paul Hyett’s eagerly anticipated The Seasoning House, before closing with James Nunn and Ronnie Thompson’s claustrophobic nerve-jangler Tower Block. Also showcased will be Strickland’s aforementioned – and magnificent- giallo deconstruction Berberian Sound Studio (perhaps one of the finest films ever to screen at the festival), Jon Wright’s creature feature Grabbers, thrills, spills and jellied eels courtesy of Cockneys vs. Zombies and sombre human experimentation satire Guinea Pigs, plus many more.

On the theme of giallo and Italian scares, this year’s festival will be celebrating the great horror masters of the past, present and future of the nation’s genre scene. Taking up the task will be Federico Zampaglione’s much-anticipated neo-giallo Tulpa, the Manetti Bros’ Paura 3D and their previous effort, sci-fi satire The Arrival of Wang. For fact fans, there will also be a very special screening of documentary Eurocrime!, which pays homage to the ‘poliziotteschi’ movies that ruled Italian cult cinema during its 1970s heyday.