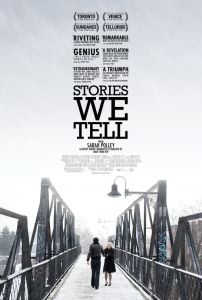 Canadian director Sarah Polley’s most famous work, the Julie Christie-starring Away from Her (2007), dealt with the effects of Alzheimer’s on a relationship between husband and wife. Her latest film and Venice Film Festival offering Stories We Tell (2012) is a semi-documentary dealing with what families remember and how individual truth and memory can differ so much and cause problems of their own. Polley’s subject is her family and more specifically her mother, Diane, who died of cancer in 1990. Through reconstructed footage, we are taken on an intimate journey of her mother’s adult life and her relationship with her second husband, Mike. 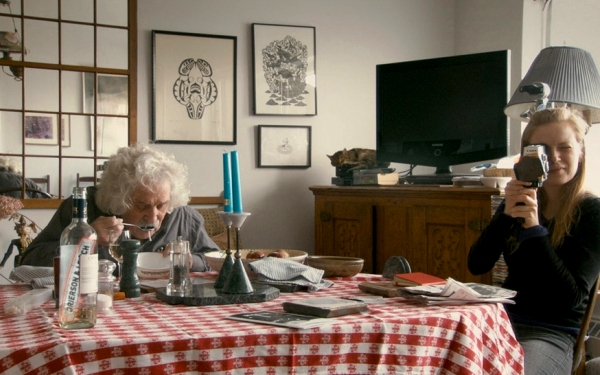 Mike is the main protagonist of the piece, having written an account of his life with Diane, and we see him recording his memoir in the studio with Sarah. A British actor, Mike arrived in Canada and swept Diane off her feet with his performance in The Caretaker. He confesses that Diane was probably more enamoured with his character than with his much duller self. When interviewed, Diane’s friends and children recall a woman far from dull: exuberant, always dancing, the life and soul of the party. Bored of her provincial life in Toronto, Diane heads to Montreal to perform in a play, leaving Mike at home in charge of the kids. He’s secretly overjoyed at the prospect of a break, mentioning that when he visits her on set.

However, it soon transpires that Diane’s passions were apparently being ignited by someone other than Mike, and the question is raised: is another man Polley’s biological father? We hear the stories of those involved and watch the grainy re-enactments before arriving at the truth. Yet what truth is it? A lover mentions that he is the only one who knows the truth. Mike sees the truth as irrelevant, his fatherhood of Polley a fact regardless of the outcome of the DNA test.

Stories We Tell is a finely-crafted and incredibly moving work. Polley manages to break down her father’s protective comedic wall and get to the heart of his feelings. Her siblings speak movingly of their parents and we see how the repercussions of their mother’s unhappiness galvanises the sisters into taking action in their own lives. Mike talks of his and Diane’s relationship and quoting Neruda: “Love is so short, forgetting is so long.” Yet the sensation we come away with is that – in this family, at least – Neruda was wrong: Love is long and lasts as long as we are capable of remembering.