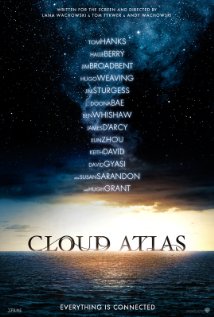 Modern life is forever a rush and as such, those of you pressed for time may not have had the chance to sit and enjoy the full five minutes and forty-two seconds of the first extended trailer for Andy Wachowski, Lana Wachowski and Tom Tykwer’s time-trotting literary adaptation, Cloud Atlas (2012). Well fear not, as there is now a bite sized trailer to sink your teeth into.

Where the first trailer was sprawling and, for those that have not read the book, a little confusing, this new trailer is leaner and tries to get to the crux of the ideas behind the epic story which will see the actors inhabiting multiple roles in different periods. “Fear, belief, love; phenomenon that determine the course of our lives,” we’re informed by one of Tom Hanks’ characters: “These forces begin long before we are born, and continue after we perish.” 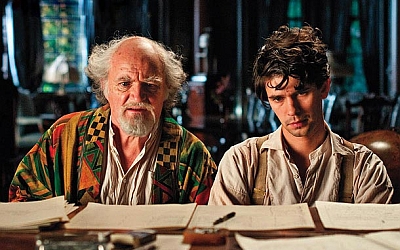 The film will show the links between characters living millennia apart and see the same people falling in love in the 1970s and the post-apocalyptic distant future, or battling against one another on the Pacific Ocean in the 1850s and in a near-future Korea. Among those inhabiting a plethora of roles are Hanks, Halle Berry, Ben Whishaw, Jim Broadbent, Hugh Grant, Hugo Weaving, Jim Sturgess and Doona Bae.

The plot of David Mitchell’s novel is structured like a matryoshka doll with each story revealed inside the last which would be difficult to manage in film form and it would seem that the action might skip between stories a little more than the source material. It will, regardless, be intriguing to see how the plot and themes do play out on screen and hopefully the directors can liven up some of the more laboured chapters of the book. The idea of seeing Hugh Grant playing a blood-thirsty cannibal will surely, in itself, be worth the admission.

The Wachowski’s Cloud Atlas will premiere at this year’s Toronto International Film Festival ahead of a 2013 UK release.