Film Review: ‘Everything or Nothing: The Untold Story of 007’

James Bond is all the rage at the moment; the highly anticipated Skyfall (2012) hits UK cinemas later this month, whilst the Bond 50 Blu-ray collection has just hit the stands. Another must for Bond aficionados comes in the form of Everything or Nothing: The Untold Story of 007 (2012), a Stevan Riley directed documentary of Ian Fleming’s super spy that serves as the perfect appetiser before the next adventure of Her Majesty’s most loyal agent. Of course, 007’s beginnings stretch back a lot further than 50 years, and Riley goes into an impressive amount of detail on Fleming, the character’s originator.

Interviews with Fleming’s friends and family add context to the former intelligence officer turned writer, and his conceptualisation of his hard-edged ‘alter-ego’ makes for an interesting watch. At one point an interviewee comments that “turning a book into a film is not an easy process”. It’s proved to be a huge understatement; we learn how Fleming was turned down on numerous occasions, and how his spy survived a horrendous American adaptation before producers Albert ‘Cubby’ Broccoli and Harry Saltzman finally took a chance on it. 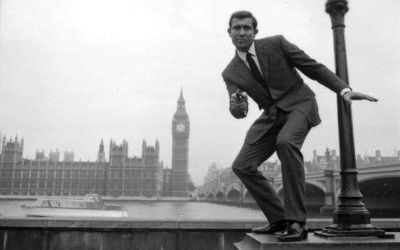 Broccoli and Saltzman’s relationship is at the heart of Everything or Nothing, and Riley smartly pairs it with the rise in Bond’s popularity. Their back-room squabbles with one another – Saltzman’s financial troubles led to a falling out – and later Kevin McClory (producer of 1983’s Never Say Never Again) provide intriguing insights. Additionally, Riley’s film is littered with familiar Bond themes that audiences know and love.

No James Bond documentary would be complete without the inclusion of the actors who have inhabited the role, and save for one notably absent Scotsman, they are all on hand to share their anecdotes. From George Lazenby’s honest revelations about his audition process, to Pierce Brosnan’s good-humoured remarks (he claims that after 1995’s GoldenEye, the rest of his Bonds were a blur to him) there is plenty to laugh at and to admire. Crucially, all the actors have managed to put their own stamp on the character, no small feat when playing someone as popular as James Bond.

It’s a trend that continues to this day in Daniel Craig, who faced a bigger challenge than most in taking on the role. His 007 is vastly different from the much-loved Brosnan era, but Bond is as popular as he’s ever been, and perfectly in sync with where cinema – and the world – finds itself. The franchise’s capacity for reinvention is what keeps James Bond current, and it’s a safe bet that he will be saving Queen and country for a while yet.