Riding into UK cinemas this week on a crest of predominantly positive critical sentiment comes Liberal Arts (2012), the sophomore film from American actor, writer and director Josh Radnor (perhaps best known for his role in hit US comedy How I Met Your Mother). Credit is due to Radnor for assembling a strong supporting cast with which to placate his own lead performance, but sadly his second outing behind the camera falls foul of many of the deadly sins committed by indie Sundance fodder past and present.

Radnor plays pseudo-intellectual Jesse Fisher, a 35-year-old college graduate with little to his name bar a string of failed relationships and his much-vaunted ‘liberal arts education’. Returning to the nostalgia-soaked environs of his beloved campus to bid farewell to his soon-to-be-retired “second best” lecturer, Prof. Hoberg (a rather forlorn Richard Jenkins), Jesse promptly meets and falls for idealistic current student Zibby (Elizabeth Olsen). However, our ageing Romeo’s commitment issues soon get the better of him, as he is forced to peer into the void of middle-age obscurity. 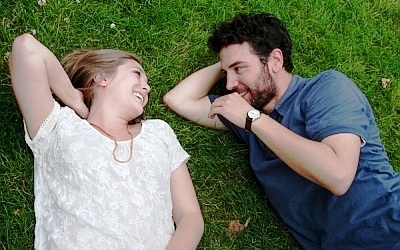 A far more interesting film than what we’re ultimately provided lies at the heart of Liberal Arts. Jenkins’ melancholic, pottering tutor is the perfect anchor point for addressing the pros and cons of a life immersed in academia, yet Hoberg as a character is sadly reduced to little more than a receptacle for Fisher’s relentlessly trite first world problems. The Sundance school of shoe-gazing canon-worship once again raises its ugly head, and great expanses of Radnor’s rom-com are littered with pretentious references and mundane literary debate (with the odd snide remark about teen vampire fiction thrown in for good measure).

Were it not for the inclusion of the aforementioned Jenkins, Olsen and a Mrs. Robinson-esque Allison Janney (as sexual predator/Jesse’s unwilling confident Prof. Fairfield), Liberal Arts would be almost beyond redemption. Radnor gives himself the thankless task of turning a failed, snivelling snob into something resembling a likeable protagonist, and leaves little room for empathy in between bouts of irksome anxiety and elitist belittling. By the time Fisher enters into a classically-bedded pen-pal exchange with his naive admirer, most audiences will have already made up their minds as whether to stick or twist.

Making an appealing film that revolves around middle-class concerns, on either side of the Atlantic, is no easy task, and Radnor deserves partial credit for making the effort in the first place. Sadly, by side-lining the always-watchable Jenkins in favour of his own mawkish man-child, he may well have condemned Liberal Arts’ promising conceit to apathy-tinged, F-for-failure obscurity. Those looking for a more inventive slice of American indie cinema would be well-advised to hold out for Jonathan Dayton and Valerie Faris’ Allen-esque Ruby Sparks (2012) in a few weeks time.