Directed by Lenny Abrahamson and featuring a striking lead turn from newcomer Jack Reynor, Irish morality tale What Richard Did (2012) may never quite reach the complex Ferghadian heights of its contemporaries, but does enough to warrant favourable comparisons. Set with an affluent community of young Dubliners, Abrahamson’s latest occupies itself more with the destructive impact of guilt upon bonds of friendship and family, rather than the semantics of culpability itself. Whilst never quite plumbing the depths of the issues at hand, the Irish director deserves credit for constructing a compelling, if slightly unremarkable narrative.

Reynor (recently confirmed for his first Hollywood role in Michael Bay’s Transformers 4, God help him) plays protagonist Richard Karlsen, a popular, athletic teen living with his parents just off the South Dublin coast. With one last summer remaining until he departs for university, Richard fills his days down at the beach, chasing after girls and partying with friends. Disaster strikes one fateful night, however, when Richard and pals are involved in a dust-up with a local love rival. In the following 24 hours the boy dies of his injuries, leaving Richard to face up to the potentially cataclysmic consequences of his drunken actions. 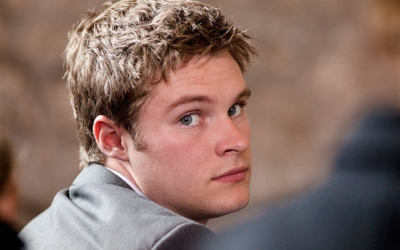 Fortified by several eye-catching performances, particularly the aforementioned Reynor and Róisín Murphy as love interest Lara, What Richard Did provides a stripped-back, refreshingly honest portrayal of life as a privileged teen within Dublin’s upper middle-class. As with the cinema of, say, Joanna Hogg, it’s all too easy to dismiss Abrahamson’s drama as an elitist cry for sympathy, an out-of-touch plea for recognition of the rich’s first world problems. Yet, for the most part, Abrahamson avoids such pitfalls by grounding his film in the universality of youth, pitching somewhere in between a coming-of-age tale and police procedural, as Richard frantically tries to piece back together his shattered life.

High expectations have and will now be set for Reynor, who truly impresses as Abrahamson’s bullish, yet revealingly fragile title character. With fine support from the contemplative Murphy and The Killing star Lars Mikkelsen as Richard’s half-Danish father Peter, the film is let down simply by its lack of real originality. Viewed within the vacuum of the Irish film industry, What Richard Did is undeniably a strong, at times powerful exploration of crime and punishment. Branch out further afield, however, and its modest intentions feel more than a little inferior to some of world cinema’s finest, freshest produce.

Abrahamson has once again cemented himself as one of Ireland’s most thoughtful and skilled directors, avoiding both melodrama and sensationalism in favour of heartfelt, three-dimensional characters and stories. Whilst it may be fairly familiar territory for the 46-year-old, What Richard Did remains an extremely watchable, well-executed tale of the boundaries of youthful exuberance and excess.