With a mawkish setup which sounds like it could easily have been concocted by a Hollywood studio, only to be packaged and presented to a Nicholas Sparks-fond audience, in reality Olivier Nakache and Eric Toledano’s Untouchable (Intouchables, 2011) is a winning slice of mainstream French cinema which successfully avoids slushy sentiment, even if it follows a familiar, tried-and-tested formula. Tell No One’s François Cluzet plays the insular Philippe, a wealthy quadriplegic who is growing increasingly weary and depressed. He is also in the midst of looking for a new carer, having failed to gel with previous employees.

Into his palatial surrounds steps Driss (Micmacs’ Omar Sy), an aimless, happy-go-lucky type, currently in-between jobs and more interested in Philippe’s attractive female assistant (Audrey Fleurot) and expensive-looking ornaments than seeking actual employment. The brash, down-to-earth manner of which he asserts himself in the interview is just what Philippe is looking for however, and to Driss’ complete surprise, he finds himself hired for the role. The two struggle to reach simpatico at first (Philippe’s friends and family express concern at his rather leftfield choice) but a gradual trust is established between the pair, and a strong and unyielding friendship forms. 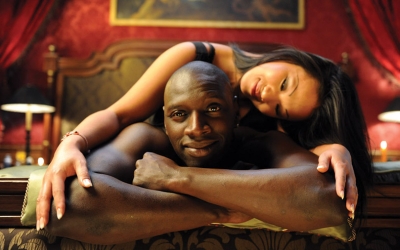 If the film begins by trying just a little too hard to paint Driss as a cheeky and lovable scoundrel, and forcing the humour brought on by the character’s opposing worlds, it soon settles into an emotionally engaging and beautifully-acted two-hander, which only the toughest cynics would be hard pressed not to be moved by. The odd couple dynamic makes for some wonderfully amusing and very human moments, and a particular stand-out scene sees the pair visiting the Opera, where Driss cuts through the stuffy pomposity much to Philippe’s bemusement and delight.

The rapport between Philippe and Driss is the glue which binds Untouchable, and their camaraderie is both touching and sincere, without once descending into anything approaching mawkishness. The sentimental aspects are held at bay, thanks largely to Cluzet, who is fabulous as a man determined to live a fullest life as possible, even resorting to the composition of carefully-crafted love letters to a faceless object of his affections. A warmth and humanity shines through, and it becomes increasingly apparent why Philippe would look to a no-nonsense figure like Driss to assist him.

Given the subject matter and success Untouchable has found, it’s hardly surprising to see it’s already been snapped up by Harvey Weinstein for an English-language remake (with Colin Firth rumoured to be attached). However faithful the Weinstein’s are to the original material, it’s easy to imagine that manipulative, Oscar-baiting content finding its way in there somewhere. For that reason alone, you should make a date with the original now.