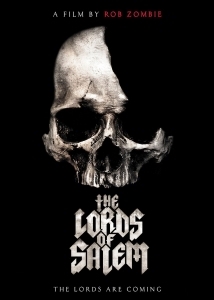 With The Lords of Salem (2012), musician-turned-director Rob Zombie demonstrates uncharacteristic restraint with a patchy but infrequently inspired picture. After his two entries in the Halloween franchise were drastically re-edited by the Weinsteins, his latest endeavour is the first feature he’s made with total creative control – proving both a blessing and a curse. Zombie has surprisingly lofty ambitions with the project, not only drawing inspiration from Stanley Kubrick and Roman Polanski, but also incorporating the unhinged operatic grandeur of Alejandro Jodorowsky and Ken Russell in the film’s surrealist sequences. 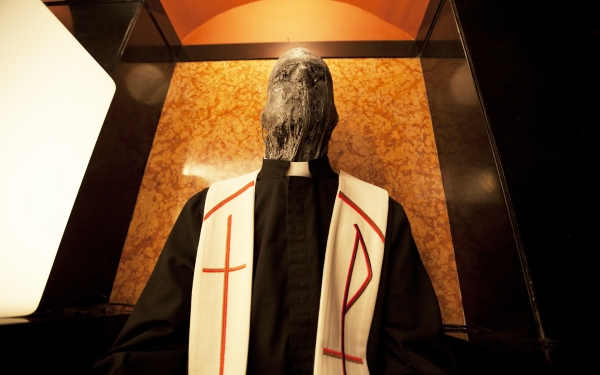 The film opens with an eerie prologue set during the Salem witch trials of the 17th century, all cackling witches and crackling pyres, before we’re transposed to modern day Salem where late-night DJ and former drug addict Heidi (Sheri Moon Zombie) receives a mysterious record from a group called ‘The Lords’. The piece casts a strange spell over Heidi, leading her to consult local occult historian Francis Matthias (Bruce Davison) who himself becomes obsessed with The Lords while Heidi descends into madness; plagued with nocturnal visitations from ashen-faced priests and demon foetuses.

The Lords of Salem really comes alive during its arresting dream-like scenes; a dark phantasmagoria of surrealism and psychedelia achieved not through special effects, but through intuitive editing and impressive set design. These sections have the flair of Dario Argento and the disorientating horror of Andrzej Zulawski’s Possession (1981). Indeed, the whole film is immersed in an audio-visual storm of retro pop culture; from the repeated use of Velvet Underground records to images of Georges Méliès’ A Trip to the Moon (1902) scattered around the protagonist’s apartment. What could have simply been a derivative collage of cinematic and musical touch points becomes much more under Zombie’s ruthlessly competent direction.

But Zombie’s technical panache and vivid imagination can only take the film so far. While he mounts the tension with long takes and languid pacing, The Lords of Salem is disappointingly prone to meandering, digressive subplots that would be forgiveable if they weren’t so generic. From the curious supernatural investigator to the hammy coven of witches, the film is frequently afflicted by over-familiarity, resulting in a distinct sense of horror fatigue. Yet despite these transgressions, The Lords of Salem is a fun take on rock ‘n’ roll as the devil’s music, with momentary flashes of brilliance.