Film Review: ‘The ABCs of Death’ 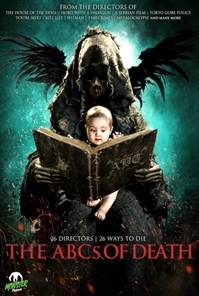 Considering the subject matter of The ABCs of Death (2012), the new compilation horror from producers Ant Timpson and Tim League, it was always going to be – to some degree, at least – controversial. With segments by directors such as Srdjan Spasojevic (A Serbian Film) and Yoshihiro Nishimura (Tokyo Gore Police), how could it be anything else? Imagine 26 different film directors each being given a letter of the alphabet, before being told to think of a word starting with said letter and base a horror short around it. The result is The ABCs of Death – a film so frankly off-the-radar, it almost defies description. 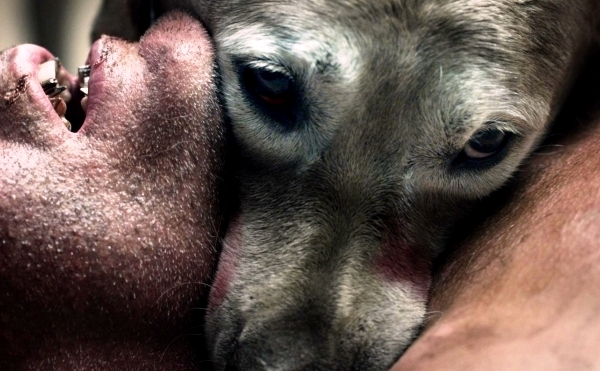 The real problem here is that the 26 tales of terror aren’t – understandably given the time constraints – allowed the opportunity to develop. Rushed from one nauseating scene to the next in a virtual smorgasbord of carnage, the viewer hardly has the chance to establish what’s going on with each new story before it’s over in a deluge of gore and bloody dismemberment. That the majority of the stories also involve sex or base bodily functions to some degree, shows a lack of imagination and creativity on the part of those behind the films.

Given that they were allowed completely free rein in their interpretation of the brief it’s a shame that all the participants, almost without exception, took a puerile, sometimes infantile, approach. The greatest disappointment is the film’s overriding sense of crassness. With entries like director Noboru Iguchi’s ‘F’ for Fart (and yes, the two protagonists actually die as a result of farting), though beautifully visualised, managing to rise little above the level of adolescent, schoolboy humour.

There are a few exceptions to the rule such as Bruno Forzani and Hélène Cattet’s ‘O’ for Orgasm. Shot with darkened minimalism and focusing on a flow of fragile bubbles emitted from a woman’s mouth before she expires during the heights of passionate lovemaking, this short film is a work of art which wouldn’t look out of place in the Tate Modern. Unfortunately, however, The ABCs of Death’s overriding air of experimentalism is its ultimate downfall. Where some are undeniably mesmeric, the majority of the films seem like student projects – not efforts from established filmmakers.