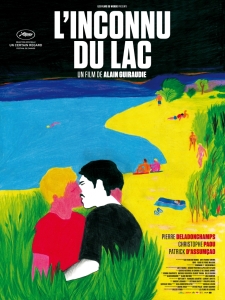 Set during one particularly hot and steamy summer, in Stranger by the Lake (L’inconnu du lac, 2013) French men visit a secluded spot on the shore of the lake to cruise for sex. One individual seems to be there just for conversation, whilst another conceals far more sinister motives. Gay cinema auteur Alain Guiraudie’s Un Certain Regard offering slowly reveals itself as part-sex exposé, part-murder mystery. Franck (Pierre de Ladonchamps) is a young man out for stimulation who’s immediately attracted to Christophe Paou’s Michel. However, Michel appears to already have a boyfriend, so Franck amuses himself with a casual hook-up or two. 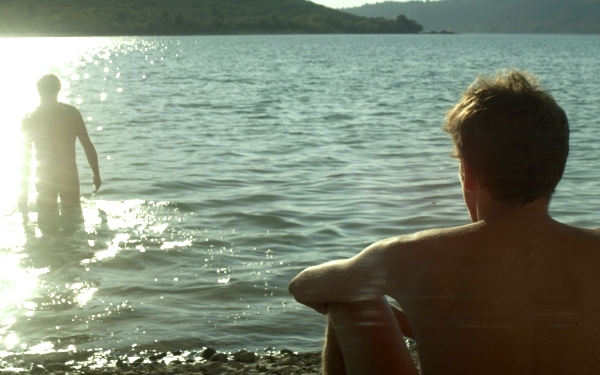 The ever-inquisitive Franck consequently spends a lot of time chatting to the fat, middle-aged Henri (played by Patrick d’Assumçao), who claims to be straight despite his obvious interest in the gay frivolities that perpetually surround him. Between swimming in the picturesque lake and listening to the presumably closeted Henri recount tales of his own failed marriage, it seems clear that Franck is experiencing a fairly enjoyable summer – though his attraction to Michel has been, so far, thwarted. However, when Franck witnesses Michel drowning his boyfriend, his infatuation with this now-murderous black widow threatens to engulf him in a very real, very dangerous game of life and death.

Somewhat disappointingly, the summer lingers a bit too longer than is necessary and the glinting rays of sunlight that reflect off the film’s scenic lake do distract from some niggling narrative drawbacks. As the drama stretches itself out, the rotund Henri’s ‘man-of-the-people’ soliloquies meander and a ludicrous police inspector arrives to stick his oar in, Guiraudie Stranger by the Lake drones monotonously when it should be buzzing energetically.