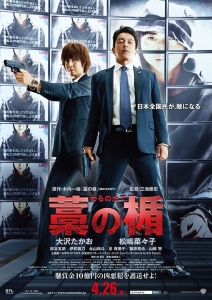 Cult Japanese director Takashi Miike is often forgiven for the hit-and-miss nature of his output due to the fact that he’s so prolific – occasionally churning out multiple films in a single year. Hopes were high for his new Cannes competition entry after the sublime 13 Assassins (2010) slashed through Venice a couple of years ago. Sadly, Shield of Straw (Wara no tate, 2013) is a stone-cold dud which really has no place on the Croisette. When a little girl is raped and murdered, her super-rich grandfather offers a huge reward to anyone who kills the suspected killer, Kunihide Kiyomaru (a maniacal Tatsuya Fujiwara). 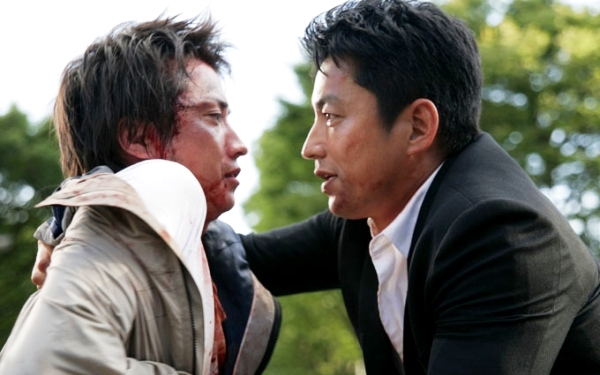 There are conditions, however. The killer has to be found guilty and the state must sanction the act. Two police officers from the State Security Service – the grieving Kazuki Mekari (Takao Osawa) and single mother Atsuko Shiraiwa (Nanako Matsushima) – are given the job of transporting Kiyomaru (who has handed himself in following an unsuccessful attempt to claim the reward) and transport him to Tokyo where he will be tried. This 3:10 to Yuma/Planes, Trains and Automobiles mash-up premise had, at some stage, genuine potential; an early attempt on Kiyomaru’s life featuring a truckload of nitroglycerin promised the sort of ridiculous over-the-top action that Miike is known for. Strangely, it’s the one and only highlight.

Shield of Straw certainly isn’t livened up by the endless moral-browbeating on the age-old question of “Why protect a scum bag like this? Why not just kill him?” If one were to be kind, we might detect a warning about the toxic influence of super-wealth within every tier of Japanese society, from the highest police official to the most desperate employee. (Only the ticket inspector seems immune to the lure of money.) Unfortunately, this would really be clutching at straws.

The performances from Fujiwara, Osawa and Matsushima are all uniformly decent, but Miike’s disastrous Shield of Straw never recovers impetus after a shaky opening and incessantly repeats the same tired conservations, just in several different settings with numbing regularity. One wouldn’t usually condone booing/mooing at high profile international film festivals, but this at least served the social function of alerting the slumbering half of the Cannes press pack that Miike’s latest had finally expired.