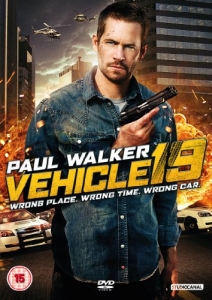 American actor Paul Walker has carved out a career that largely consists of driving cars and being both fast and furious. Playing firmly within type, Walker returns to screens this week in Mukunda Michael Dewil’s Vehicle 19 (2013). Alongside an international cast including Naima McLean and Gys De Villiers, Walker plays Michael Woods, a reckless ex-con determined to change his life for the better in an attempt to save his relationship with an estranged girlfriend. Unfortunately, a mix-up at a Johannesburg car rental company leaves Michael stuck with the wrong car and distressed hostage Rachel (McLean) in the boot.

Michael quickly becomes embroiled in a hot pursuit when he is chased across Johannesburg by a dangerous, corrupt and powerful Detective Smith (De Villers). Unable to go to the police and having already broken parole, Michael not only has the hostage’s life to save, but he must also save his own whilst attempting to expose the truth behind a human sex-trafficking ring. The viewer is thus thrown firmly into the action as they join Walker in his regular spot – behind the wheel of a car. Events continue to unfold at an unusually slow pace as there is a distinct lack of coherency between style and substance. 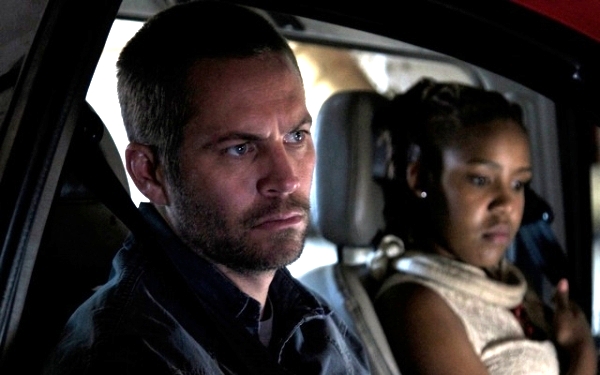 Whilst Dewil is keen to demonstrate his aesthetic eye, both in composition and oceanic contrasting, his attention to the Vehicle 19’s look does detract somewhat from the speed and rhythm required for a film of this particular genre. Admirably, the camera never leaves the car. Yet, whilst the sweeping landscapes and bright sunshine makes for an attractive window view, it can feel a little claustrophobic, and at times the lens becomes so invasive in its proximity that the intended thrills lose their overall effect. The excitement of the chase eventually becomes lost in a series of incomprehensible, frantic edits that leave you feeling tired and restless.

Considering the protagonist is an ex-con, you would expect an element of edginess in Walker’s performance, but this is lacking as you discover Michael is the only trustworthy character in the entire film. Each native Michael encounters results in assault, death or criminal activity. A car-spraying musical montage acts as filler, when in one of Vehicle 19’s most ridiculous and inexplicable scenes, a gang of criminals willingly changes the colour of Michael’s car in exchange for a cheap plastic watch. The character of Woods is certainly no great stretch for Walker, who simply offers up his standard performance.

The screenplay is short on characterisation which makes it very hard to empathise with the lead or generally care about where he is taking you. Kudos to the director for his ambitious technique but unfortunately with the camera never leaving the car, it feels like a laborious and somewhat bland journey. Ultimately, Dewil’s dire Vehicle 19 lacks focus, heart and sentiment and ultimately cuts too many corners to deliver the goods.