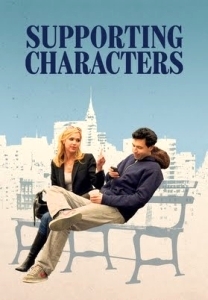 Premièred at the 2012 Tribeca Film Festival, Daniel Schechter’s Supporting Characters (2012) has the fingerprints of pop culture all over its meta-indie shell. Starring Alex Karpovsky – better known to UK audiences for his role in Lena Dunham’s Girls – Schechter’s promising second feature is a deft and delicate comedy that never takes itself too seriously. This tender and nimbly comical deconstruction of independent filmmaking and the complexities of contemporary metropolitan relationships focuses on two young New York film editors, who are attempting to balance their hectic work schedules and personal lives.

Nick (Karpovsky) and Darryl (Tarik Lowe) are struggling to patch over the cracks within conceited director Adrian’s (Kevin Corrigan) darkly comic romance about a dog-walker, with their intimate working relationship seeing them endeavour to save both this shambles of a film and their own frail lives. From jokes about cutting out minority figures from the film they’re working on to discussing the moral complexities of sleeping with the film’s leading lady, it’s the chemistry between Karpovsky and Lowe that is by far Supporting Character’s most endearing feature. 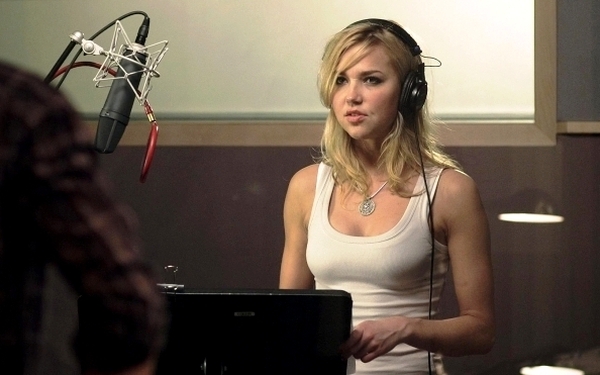 Seamlessly drifting from scene-to-scene, the down-to-earth dialogue and cutting rapport between these two leads beautifully presents both the pitfalls of balancing personal and professional lives whilst capturing the essence of modern male camaraderie. Ostensibly a buddy pic for the skinny-jeaned, thick-rimmed bespectacled, culture-vulture generation, Schechter has beautifully managed to wipe aware the conceited veneer of hipster culture to tell a touching tale of friendship and camaraderie in an industry full of pretence and pompousness.

Whilst imbuing an effortlessly suave sense of realism with the subtle comedy of a mainstream sitcom, Supporting Characters is an undeniable sweet and enjoyable experience that should capture the hearts of those enamoured with the current mumblecore/Dunham trend for lo-fi American storytelling. However, this pandering to populist manifestations of minimalist indies may well have limited its potential audience.

This cineliterate ode to the art of small-time filmmaking will be a satisfyingly humble proposition for those who have grown tired of the self-deprecating, yet curiously superior attitude of similar New York urbanite adventures. Schechter’s Supporting Characters may be lacking in dramatic substance or any tangible cultural significance, but what it lacks in narrative and spectacle it more than makes up for in refreshing realism and clarity of vision.