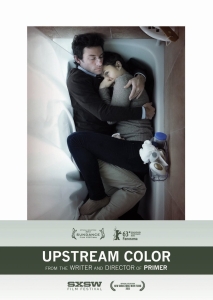 Shane Carruth’s independently financed, mind-boggler of a time travel movie Primer (2004) earned the director a well-earned cult following. Nine years later, we finally get to witness his long-awaited follow-up, Upstream Color (2013), a beguiling and exquisitely rendered Rubik’s cube of a movie with more colours than it has sides. Yet behind its high concept premise lies a film of undisputed beauty and genuine ingenuity. Split into two parts of one whole, Upstream Color lays the foundations of its elaborate premise through an extended exposition which combines elements of sci-fi with a hypnotically meditative style.

Ostensibly a romance built around an elaborate form of identity theft which utilises organic methods to invoke a suggestive, hypnotic state from its victims, the film gently evolves into a heartfelt love story between two lost souls brought together by more than just their shared commute to work. With Primer, Carruth created an impressively complex mathematical equation of a movie that both impressed and baffled audiences. Upstream Color marks a natural progression, containing the same degree of ingenuity, yet enhancing it with a genuine sense of warmth and emotion. 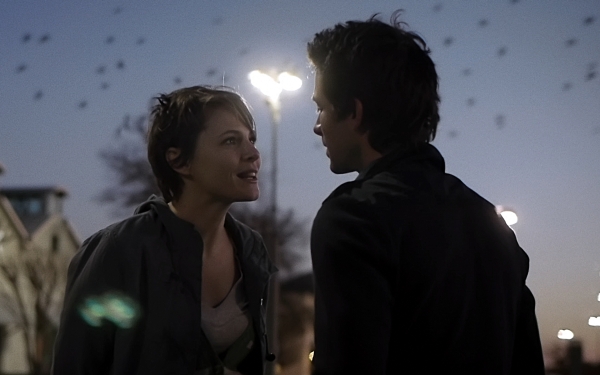 A cryptic crime thriller that employs an inimitable sci-fi premise to create a fascinating backdrop for a genuinely touching romance, Upstream Color is just as beautiful on the inside as its sumptuous veneer of soft, gentle lighting and warm sun-drenched palette of tender hues would suggest. However, the true majesty of this remarkable feat is its labyrinthine, multi-layered narrative, with each slither of information becoming harder and harder to decipher the further you delve into its garden maze of fertile ideas. Ultimately, Upstream Color achieves that extremely difficult balance of creating a premise that becomes comprehensible on a surface level, yet stimulates you just enough to want to probe further.

As equally spellbinding as it is intellectually exhausting, the film’s veneer of unequivocal beauty blinds you to an outlandish premise – that includes a perplexing mixture of crushed flower petals, plump parasitic maggots and emotionally-involved pigs – just long enough for you to become completely enthralled. Complemented further through a sinuous symphonic score and an agile, yet tactful editing aesthetic style, Upstream Color is an outstanding hybrid piece that enchants you on all possible levels, invigorating both the brain and the senses.

Understandably, many will find Carruth’s cerebral and enigmatic approach an impenetrable tapestry of gorgeously framed ideas. However, to criticise a director for overreaching or being too intellectual is detrimental to an industry all too reliant on formulaic storytelling techniques. Whilst Upstream Color may be a challenging and complex cinematic enigma, there’ an innocent sincerity behind this truly unique romance that will not only win your heart – it’ll devour your thoughts and dreams for days and weeks to come.