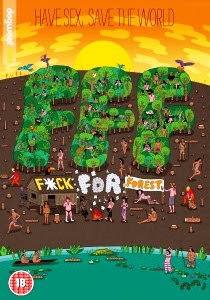 Polish director Michal Marczak’s awkwardly titillating documentary F*ck for Forest (2012) is extraordinary viewing. Dressed like a Mad Max Beyond Thunderdome flashmob, a troupe of capricious Berlin-based eccentrics film themselves having sex with each other and semi-willing volunteers. The videos are then made available by subscription via their website. The price for our perversions, we are told, is invested in environment protection and supporting the company’s ecological cause. Yet, while a subject-matter so bizarrely seductive is bewitching to behold, F*ck for Forest shows potential without a point. 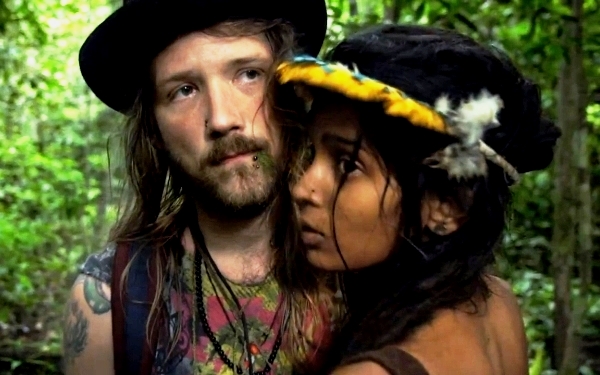 The blinding narcissism at the heart of this band of sexual liberals rapidly deconstructs the political message (if any) they intend to promote. Twirling and gyrating around in their semen-stained rags, the group approach bemused foreigners under the pretence of ‘spreading the love’ in the name of ecological activism. What Marczak captures instead is almost disheartening. A shrewd crew of very attractive oddballs trying to live in their own democracy with greater ignorance than objection. Only when the fuck-buddies relocate to the Amazon rainforest does the film reach some strand of documented worth. Gate-crashing a poverty-stricken Peruvian tribe, the NGO’s radical drive comes into question.

Their hesitations and cultural reservations bully the screen, coming across as children playing with each other’s private parts. Thankfully, it’s the Amazon that saves F*ck for Forest. Parading around European nightclubs in need for fresh porn lacks direction (or even enough pornography, for that matter). Once at loggerheads in the Peruvian-Brazilian basin, the clan fall witness to their own delusions. Their ideals of learning how to help others are quelled by an abrasive community searching for their own fiscal freedom over sexual salvation. Despite Marczak’s bias for the group being all too evident, it’s the documented failure of their cause that sheds reality on this dirty dream.

Shot like a Dogme 95 effort, F*ck for Forest resembles a laugh-out-loud Herzog farce. Disgusting folk music, day-glo dress-ups, and the erroneous preachings of free love recollect the more rigid moments of Lars von Trier’s The Idiots (1998) or even Harmony Korine’s Julien Donkey Boy (1999). The only difference is that those films are fiction toying with themes of sexual barriers, cultural fortification and the exploitation of psychopathy. F*ck for Forest is simply exploitative.