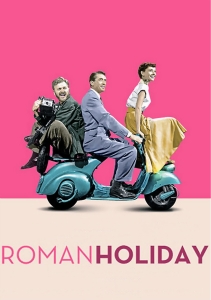 Now celebrating its 60th anniversary, director William Wyler’s Roman Holiday (1953) – the romantic comedy starring the elfin Audrey Hepburn and debonair Gregory Peck – perfectly captures an innocent era sadly long forgotten. Anne (Hepburn, in the role that first brought her into the public eye), the princess of an obscure European country, is undertaking a highly publicised tour of the capitals of Europe. Frustrated by the strict protocol ruling her life Anne gives her courtiers the slip one night whilst in Rome. Hiding her identity she embarks on a tour of the city where she soon meets American journalist Joe Bradley (Peck). 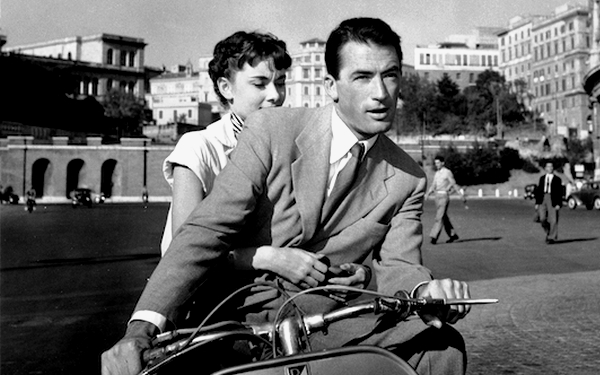 Realising who Anne is, but saying nothing of his true intentions, Joe accompanies her around Rome in the hope that he can land an exclusive interview. William Wyler had a knack for spinning dramatic tension around strong female roles, as when he directed Greer Garson in Mrs. Miniver (1942). Not so readily associated with comedy, he still managed to bring Hepburn and Peck’s continental romance an air of dry humour which perfectly suited the vibrant setting of postwar Rome. That Roman Holiday’s dénouement can be seen long before it arrives is never in question. Instead it’s the sheer fun that Hepburn’s princess and Peck’s newspaper hack have getting there, which makes the film zip along at pace.

A marvellous array of supporting talent, including the regal Margaret Rawlings as Anne’s lady-in-waiting Countess Vereberg and Eddie Albert as Joe’s put-upon friend Irving, are perfect foils to the fun loving duo at the centre of the story, bringing added colour to the film’s stylishly understated chic. The fact that not much happens in the film – the majority of the story involves Hepburn (in her beautifully tailored couture wardrobe by Hollywood costume doyenne Edith Head), and Peck avoiding one misunderstanding induced near-miss after another – hardly matters in the slightest.

What the viewer really wants – and ultimately gets – from this type of film is the interaction and repartee between the central protagonists (brought to life by Dalton Trumbo, Ian McLellan Hunter and John Dighton’s screenplay, based on a story by Trumbo) – a sophistication all too often lacking in modern crass and innuendo strewn comedies. Roman Holiday may seem somewhat dated to contemporary audiences. However, taken as a snapshot of a period where duty still held meaning, Wyler’s film is as fresh as ever.