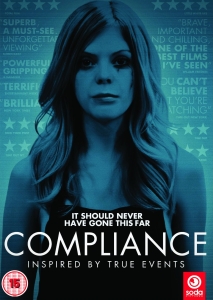 The stretched credulity of cinematic narratives can often leave audiences agog as bizarrely motivated characters behave in inexplicable ways. In his provocative second feature, Compliance (2012), director Craig Zobel creates a highly uncomfortable atmosphere precisely because his film’s plot is nigh on impossible to believe, despite the fact that it’s based on actual events. Compliance courted controversy and induced accusations of misogyny throughout its festival and cinematic run, and the taut psychological drama now arrives on DVD and Blu-ray shelves this week for further discussion and debate.

Zobel’s horrifying study explores humanity’s banal dark side and the willing acquiescence of those given direction by higher authorities. Playing out like a sadistic sibling to the (in)famous Milgram experiment, the film begins with a phone call to a ChickWich fast food restaurant. The morning has already been calamitous for middle-aged manager Sandra (Ann Dodd), after an accident results in thousands of dollars of spoiled bacon. The cool voice on the other end of the line (Pat Healey) informs her that he’s a police officer and that he’s deputising her to aid in the detainment and subsequent interrogation of one of her checkout staff. 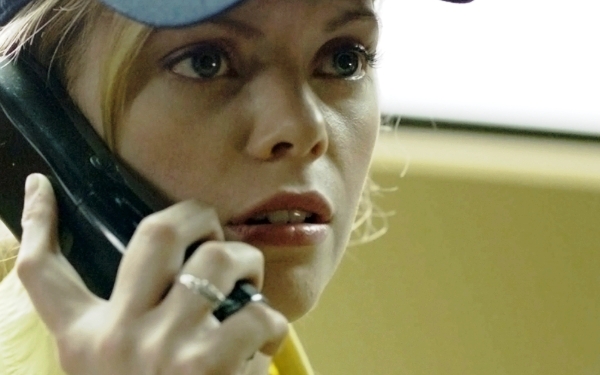 The employee in question is an attractive young woman named Becky (Dreama Walker), who has has purportedly been accused of stealing from a customer’s purse. As time wears on in the restaurant’s grimy back office, the incorporeal voice convinces Sandra and other members of staff to aid his investigation not only by strip-searching Becky, but in a series of humiliations that culminate in sexual assault. When the treatment of the accused takes a turn for the perverse, it becomes ever more difficult to comprehend the all of the characters’ complicity. The ‘officer’s’ commanding tone and the seeming backing of the regional manager, however, browbeats the resistance of Sandra, Becky and the other workers.

It’s Compliance’s setting which helps to lend the vindictive caller his control in this scenario, and also what injects Zobel’s film with an element of social indictment. He presents a true story in unsettlingly close detail, but also utilises it to reveal a wider concern regarding the cowing of minimum wage employees by middle management and those with perceived supremacy. Although Healey’s puppet master is on-screen far too much (meaning that his influence is observed rather than experienced), the naturalistic performances from all involved are distressingly genuine.

It’s the film’s tangible sense of distress – the knotting in the gut, as it were – which remains long after the credits roll. Tough questions will inevitably rear their head regarding exploitation, veracity and motive – which all bare consideration – but it’s the film’s ability to inspire such examination that is its greatest strength. Zobel’s Compliance has you firmly in its disquieting grip from minute one and challenges convention right until its suitably nihilistic conclusion.