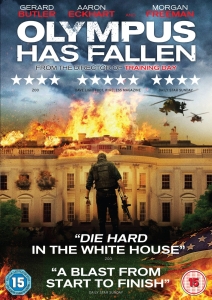 The first of two films this year to use the White House as its setting, Olympus Has Fallen (2013) is the latest film to adopt the time-honoured one man army vs. terrorists plot-line, and it accomplishes its task in entertaining fashion. Directed by Antoine Fuqua (Training Day), it sees former presidential head of security Mike Banning (Gerard Butler) infiltrate the famed building when the White House – dubbed ‘Olympus’ – is captured by a group of highly trained terrorists. Out-manned and out-gunned, Banning must use his extensive training and detailed knowledge of the residence to rescue the President (Aaron Eckhart).

Essentially, Olympus Has Fallen is Die Hard in the West Wing, and whilst the location does give the film some uniqueness (at least until Roland Emmerich’s White House Down is released in a few months) many familiar action film clichés are adhered to. The actual takeover of the White House is one of many well executed set-pieces, and once Banning is inside the besieged building Fuqua finds a nice balance between our hero’s sneaking about and the efforts of acting-President Allan Trumbull (Morgan Freeman) and others to regain control of the building. 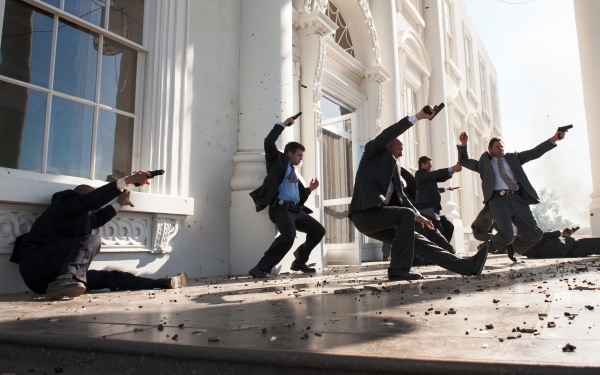 Speaking of the illustrious Banning, Olympus Has Fallen’s primary draw is Butler’s hard-nosed performance as the terrorist’s ‘fly-in-the-ointment’. The ex-special forces man delivers death by gun, knife, and ex-president’s busts in brutal fashion, all the while trash-talking the villains. It’s the kind of macho performance that fans have been missing from the former Spartan King Leonidas. Whilst Banning’s heroic efforts are plausible enough, the US government’s are less so. Skilled though the terrorists may be (Rick Yune does a commendable job in this regard), some moments require more than a little suspension of disbelief from any viewer with even a passing knowledge of homeland security protocol.

Fuqua has assembled an impressive cadre of actors to fill out the various supporting roles, but unsurprisingly some characters are better written than others. Melissa Leo impresses as the loyal Secretary of Defence, whilst Robert Forster is as one-note as they come playing a tough general. Even more frustrating however are the mismanaged plot arcs that rob the film of some much needed drama. Banning is plagued by a past failure which the film does a good job of setting up and developing, but when all is said and done, the issue is never spoken of again. When you consider the amount of time spent establishing this particular plot point, there’s a feeling that the director had bigger plans here.

Despite the serious premise and Fuqua’s vain attempts to add political subtext to the mix, it’s hard to take Olympus Has Fallen seriously, which puts it in a strange middle ground. When you consider all the talent involved, that is perhaps a little disappointing. Taken at face value, however, this block-headed shoot-em up delivers a ridiculous, but hugely entertaining experience that will satisfy action aficionados as well as patriotic American flag-wavers.