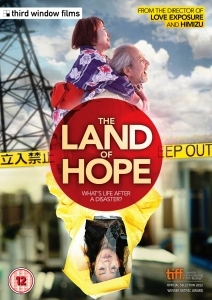 The Land of Hope (2012) is a delicately-paced drama, centring on the lives of a rural farming family who are affected by a nearby environmental catastrophe, set a few years after the Fukushima Nuclear Disaster. Sion Sono intended to create a film that captured how a tragedy like this affects the everyday lives of people, and he does this with an air of haunting beauty. Sono tells the story of a family divided by the disaster, torn two ways in an attempt to save themselves. Yoichi (Jun Murakami) and his wife Izumi (Megumi Kagurazaka) face each and every day with the fear of radiation affecting their unborn child. 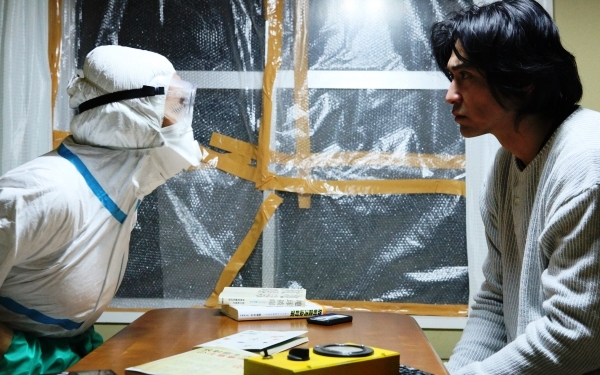 Kagurazaka is particularly adept at portraying the desperate lengths Izumi will go to in order to protect her child, illustrating her radiophobia with a sensitivity that could have easily been overdone, whilst Murakumi displays a desperate husband trying to do his best with earnest. While the story of Yoichi and Izumi is more relatable, the more moving tale is that of Yasuhiko and Chieko. Theirs is a slow-paced narrative that unfolds over the course of the film, as they face threats to their farm and the life they have always lived on their land. Naoko Ohtani gives a fine performance as the Alzheimer’s-afflicted Chieko, and her childlike innocence and frequent lapses in memory only serve to make the impending disaster even more horrific.

Isao Natsuyagi is arguably the centre of The Land of Hope, and his resolute nature to stay and ultimately die in the home his family has built serves as a testament to the Japanese, who no doubt decided to stay than face the tragedy head on. Sono’s latest is also beautifully stylised to suit the restrained nature of the story and characters. Shot with muted, pale colours and bright or soft white light, the film has a stark look to it which lends itself to focus on the characters.

The Land of Hope is undoubtedly extremely well-made, but at times can feel excessively drawn out and long, losing some of its impact. The languid nature of the story and the pace of the film means that the core message (of rejuvenation and rebirth) can be lost amongst the amped-up artistic aesthetics. Overall, however, it offers a message that needs to be heard and remembered, and Sono has certainly achieved his wish with this recent outing.