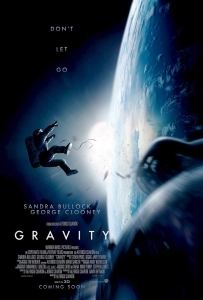 Alfonso Cuarón admirers have been waiting patiently for a new feature from the esteemed Mexican filmmaker for seven years now, his last endeavour the positively received dystopian drama Children of Men back in 2006. Near-future sci-fi certainly seems to be Cuarón’s cinematic weapon of choice at present as the first images and a teaser trailer for new 3D film Gravity (2013) drift onto the internet. Placing Hollywood heavyweights George Clooney and Sandra Bullock in an intimate, character-led chamber piece within Earth’s orbit, Cuarón looks to be getting ever-closer to realising his own childhood dream of becoming an astronaut. Though little is know of the plot at this point, malaise and malfunction clearly ensue. 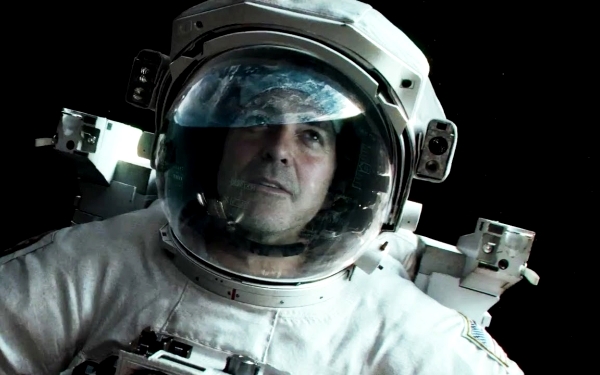 Bullock, also to be seen this year in American comedy The Heat (not to be confused with the Michael Mann thriller), plays the role of medical engineer Dr. Ryan Stone, a newcomer to space flight who teams up with veteran shuttle commander Matt Kowalsky (Clooney). With things clearly going a little too comfortably for Cuarón’s liking, a dramatic twist of fate leaves the two lost souls stripped of their support craft and floating helplessly through space. Though this first teaser isn’t particularly revealing in terms of narrative – a rarity nowadays – you’d be forgiven for presuming that some form of Solaris-like introspection will probably come into play at some point, staged against what already looks to be a visually-stunning starry backdrop.

Whilst sci-fi is hardly experiencing a renaissance at this point in time, it’s certainly promising to see respected independent directors such as Cuarón, Lynne Ramsay and Jeff Nichols showing a keen interest in working within the genre. With Christopher Nolan’s Interstellar (2014), starring Jessica Chastain, Anne Hathaway and Matthew McConaughey, looming ominously over next year’s box office, 2013 could still prove a touchstone year for intelligent science fiction – and may go some way towards helping to banish those memories of Ridley Scott’s infinitely disappointing Prometheus (2012).