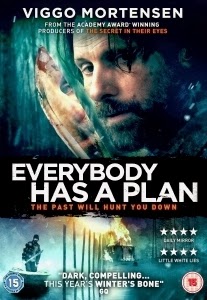 Viggo Mortensen rises to the challenge of playing twins in Argentinian director Ana Piterberg’s debut feature Everybody Has a Plan (2012) – even if the drama never quite rises to meet his beguiling performance. It’s not the actor’s first role in Spanish, but it is his first in the country in which he lived as a child. The tale of a man appropriating his brother’s identity, Everybody Has a Plan was also produced by the Danish-American actor who also took control of the subtitling to make sure that nuances were not lost in translation. Pedro (Mortensen) is a country-mouse slowly dying of cancer in a riverside community in the Tigre Delta. 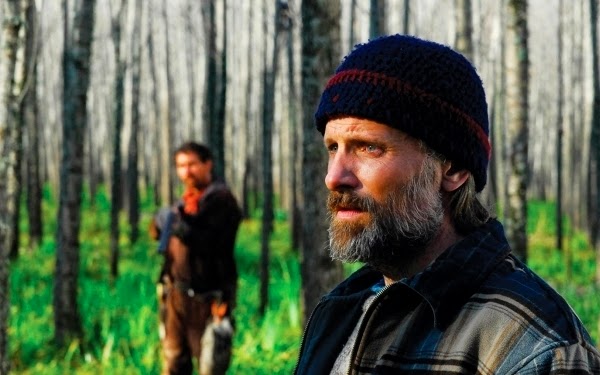 Pedro finds himself willingly ensnared in the nefarious activities of pal and consummate lowlife Adrián (Daniel Fanego). Meanwhile, in the big city, refined town-mouse Agustín (also Mortensen) is a paediatrician suffering a mid-life crisis, whilst doing his best to estrange his wife. One day, Pedro arrives on the doorstep to tell Agustín he is dying. After unceremoniously shifting his brother off his mortal coil, the physician assumes his identity and sets off to continue his sibling’s rural life and reform his criminal one – which proves easier said than done. As Agustín begins to fall for local girl Claudia (Soledad Villamil), he becomes unable to extricate himself from his brothers murky lifestyle, and suspicions are aroused.

What has s been described in some quarters as a noirish thriller, actually turns out to be a fairly restrained drama which looks to touch on themes of childhood abuse, familial disconnection, passivity and a tender love story. Sadly, whilst all elements are present, Everybody Has a Plan is never quite able to focus sharply enough to convince. Mortensen, however, does convince. Particularly in the early scenes – in which the two characters appear together – he is excellent giving either one an utterly distinctive voice and personality, but always maintaining similarity enough that brotherhood is obvious.

Even when the reasons for many of Agustín’s actions are left undefined, his strong/silent turn is expressive enough to take the audience along for the ride. Regrettably, once the credits role, there’s no more Viggo to maintain enthralment and thinking back over the piece results in realising that it never quite seemed to decide what it wanted to be. Was it a crime thriller? A love story? An exploration of latent childhood trauma? All are suggested but none quite work. Still, Everybody Has a Plan is an intriguing watch – if only for its intense star.