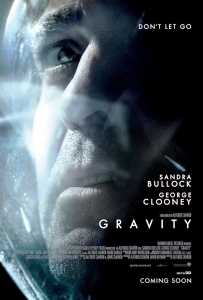 ★★★★★
The opening film of the 70th Venice Film Festival is Alfonso Cuaròn’s sci-fi blockbuster Gravity (2013), featuring Lido regular George Clooney and Sandra Bullock as two astronauts cast adrift in space when their shuttle is struck by satellite debris. Cuaròn has had something of a directing hiatus of late – his last film, Children of Men, screened at Venice in 2006 – but he’s back like a man on a mission to reinvent the action cinema spectacle. The first hour of the film is a bravura exercise in visual storytelling, with brilliantly long uninterrupted shots – and for once, the addition of 3D makes good on its promise of an immersive experience. 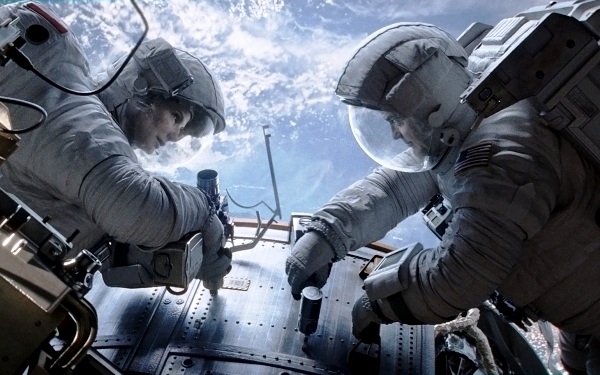 This is a film that has to be seen on the big screen (and, one would presume, IMAX where possible). Only the canvas of cinema can provide the grandeur, scale and – when it comes to the sound design – the volume to tell such an epic tale. The plot is one of a shipwreck, and the film shares something of the concerns of All Is Lost, the Robert Redford sea yarn from Cannes earlier in the year. As well as occupying itself primarily with the nuts and bolts of survival, Gravity explores deeper concerns about the very value of the life we’re trying to prolong. Clooney is perfectly cast as old hand Lieutenant Kowalsky. His breezy charm and ‘can-do’ know-how, even under extreme pressure, is delivered with an almost parodic sense of glee.

And yet it’s Kowalsky – the space jock frontiersman – who is also the poet, revelling in the wonder of space and his views of the Earth. “Isn’t it beautiful?” he remarks, even at a moment of intense peril. Bullock’s character is the far less capable Dr. Ryan Stone, a fish out of water who’s already struggling with nausea as she completes an early and relatively easy part of the mission. Later, with the oxygen running out and hope ever more slender, the revelations concerning her back-story risk a dip into mawkishness, but Bullock plays the role with utter conviction and the dynamism of the plot soon thankfully has us moving again. Surprisingly, Bullock is at her best when she channels her inner Ripley – something Cuarón explicitly references – and gets down to the business of staying alive.

Likewise, Gravity does occasionally falter when it strays towards the seemingly obligatory ‘bigger’ questions of religion and philosophical meaning. The beauty of what we see and the obvious, indifferent hostility of that same environment perhaps undermines some of the more hokey nods to spirituality that the scriptwriters – Cuarón and son Jonás – struggle to include. Their strong suit is undoubtedly aesthetics and suspense. With the aid of Emmanuel Lubezki’s stunning cinematography and British composer Steven Price’s thundering soundtrack, Cuarón has produced a spectacular sci-fi which doesn’t forget its wit, its intelligence nor its heart.