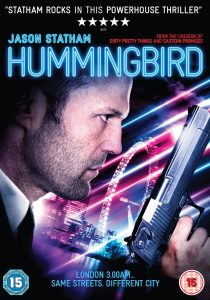 After garnering praise for his screenwriting efforts on both Dirty Pretty Things (2002) and Eastern Promises (2007), Steven Knight makes his directorial debut with Hummingbird (2013). Previously titled Redemption, this London-set thriller is not your typical Jason Statham vehicle. Yet, while “the Stath” proves he’s up to the task, the uneven screenplay is where most of the film’s problems stem from. Statham stars as Joey Jones, a homeless ex-Special Forces soldier living on the streets with his companion Isabel (Victoria Bewick). When they are attacked by local hoodlums, Joey escapes by breaking into an apartment. 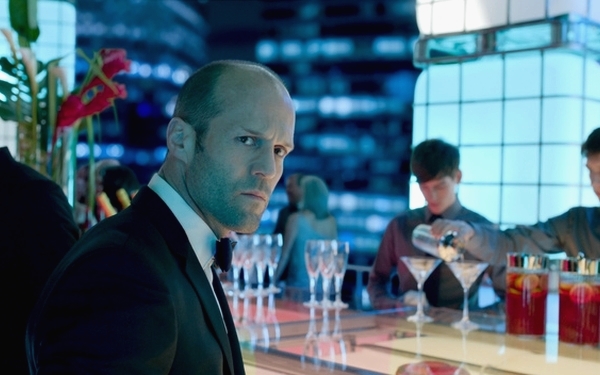 Upon realising that its owner will be out of town for the summer, Jones begins to rebuild his life and, with the help of compassionate nun Cristina (Agata Buzek), he soon sets out to find the missing Isabel. There are many interesting narrative threads at work in Knight’s Hummingbird; in addition to the rags to riches element, there is also a subplot involving Jones working as an enforcer for the mob – which allows Statham to briefly slip back into bad-ass mode and gives us some enjoyable moments – and a burgeoning romance with Buzek’s nun. Sadly, Knight is unable to weave these threads together into a cohesive whole, and what we’re left with is intermittently engaging but ultimately unsatisfying.

It doesn’t help that the narrative is littered with coincidences; the fact that the clothes in the apartment are a perfect fit for Statham is just one of the script’s many foibles. Additionally, whilst the periodic flashbacks add a level of intrigue, Hummingbird waits too long to put its cards on the table. When we finally learn what happened to Statham’s AWOL officer it’s too little, too late. Statham once again proves himself a capable actor with an impressive performance as the homeless wreck turned vigilante. The action star is clearly at his most comfortable when he’s punching bad guys, but the interactions between Joey and Cristina allows Statham to show his softer side.

Buzek, who turns in a strong performance of her own, benefits from having arguably the best-written character of the piece. On the face of it, a romance between an ex-soldier and a nun sounds ludicrous, but Cristina’s interesting backstory goes some way to helping the audience accept the otherwise implausible plot development. It’s a shame that the writing throughout Hummingbird isn’t particularly strong, as the film has many likeable attributes – not least of which is the gritty London setting which lends the film an extra layer of realism. As it is, it’s hard to recommend this one to anyone but the most avid Statham fans.