DVD Review: ‘In the Shadow of the Sun’ 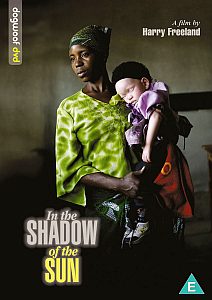 Western society’s love affair with superstition has quelled in recent decades. We no longer take solace in the extermination of those deemed ‘different. Yet Harry Freeland’s devastatingly moving documentary In the Shadow of the Sun (2012) encapsulates the immoral villainy practiced even today by nature of our inhumane prejudices. Africa’s Tanzania houses life for some 170,000 albinos. Prisoners within their own pigmentation, Freeland reports on the disgraces of their country’s backward beliefs and refusal to liberate those that suffer. The result is one of the year’s most hard-hitting, emotionally scarring docs. 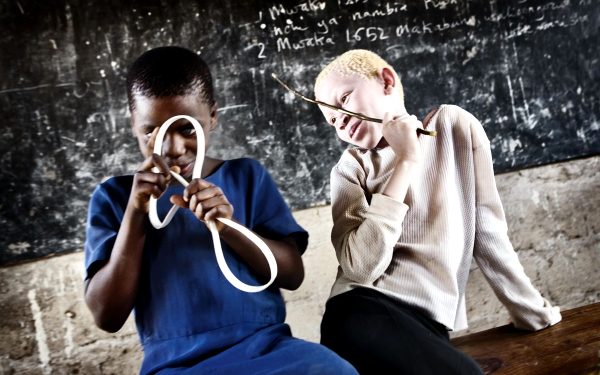 Josephat Torner is one of these “white demons” facing not only the daily struggles of an albino’s ailments but the murderous menace of his home country. Freeland follows Josephat as he travels the stretch of Tanzania, valiantly campaigning against outdated superstitions and the archaic segregation he and his fellow victims have endured with persistence. With communities drunk on the fantasy that albino skin brings you luck, Torner literally risks life and limb at every stop on his journey for social salvation. Convincing desperate and degenerate townsfolk that albinism is neither evil or an easy path to infinite wealth is deemed infuriatingly hard to translate, yet Torner speaks with great gusto and unwavering bravery against his cruel contesters.

The cardinal beauty of Tanzania acts almost as a much required sedative to the horror depicted. If it was not for Freeland’s remarkable hand at capturing the uncompromising wonder of Africa, the merciless tales of torture may have been deeply over-soured. In the Shadow of the Sun permits a healthy balance between journalistic context and cinema’s ability to wow. Real-life stories of regional culling and albino maltreatment have been approached with the same tenderness and heart that Josephat has spent his existence fighting for.

Films such as Freeland’s are special in the sense that they transcend from screen to reality. In the Shadow of the Sun has brought greater attention to the plight of thousands of men, women and children that have received nothing less than physical and mental turmoil throughout their lives. Both Freeland’s direction and Torner’s tireless spirit permit this wonderful documentary – out now on DVD through Dogwoof – to inspire real change and screams out for the 170,000 hostages silenced by nothing more than their biological lack of melanin.