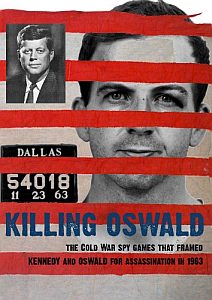 It’s over fifty years since the assassination of US President John F. Kennedy on 22 November and over recent months we have seen articles, documentaries and fictionalised accounts all offering a different take on the events of that fateful day in Dallas. Shane O’Sullivan’s Killing Oswald (2013) is unique in that it focuses solely on the alleged assassin, Lee Harvey Oswald, and his movements prior to the shooting. Despite the seemingly endless desire of the traditional media to paint Oswald as the crazed “lone gunman”, those who have examined the case in any great depth agree that he was part of a grander conspiracy. 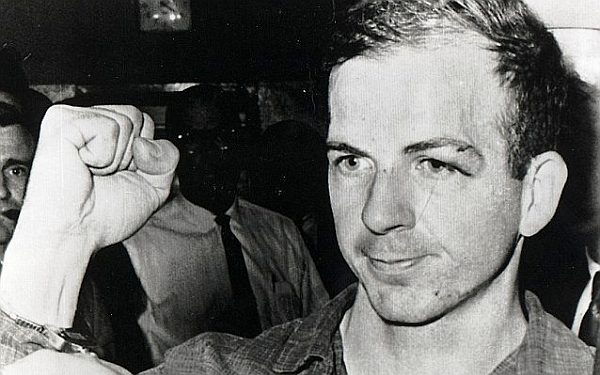 The inconsistencies and errors of the Warren Commission, set up by President Lyndon B. Johnson to investigate the incident, are glaring and Oswald’s association with the CIA, Castro and the Russians are hardly wild theories but instead documented and proven historical facts. Oswald was an American solider with Marxist leanings who defected to Russia, married, then returned to the US were he immediately became involved in Pro-Castro politics. After a failed attempt to defect to Cuba, Oswald allegedly went to work at a school book depository, aimed his rifle out of the sixth floor window and fired at Kennedy’s motorcade. He was then found, arrested, interrogated and eventually shot by Mafia stooge Jack Ruby.

For students of the Kennedy case or anyone who has sampled Oliver Stone’s much-talked about JFK (1991), rather than offer just another timeline of cold, hard facts, O’Sullivan attempts and succeeds in humanising Oswald by filling in the blanks between events using expert interviews, reconstructions and archive footage. Far from being the mysterious and unhinged assassin, we get a coherent picture of a uniquely intelligent man seemingly spurred into action by a firm belief in left-wing politics. He would have been a remarkable man even if he hadn’t have allegedly shot Kennedy, but O’Sullivan goes on to suggests that Oswald was perhaps too remarkable.

It’s later put forward that Oswald was influenced, cajoled and motivated by various individuals who may or may not have been part of a larger organisation. It’s clearly a complicated case to investigate, but any major attempt to dilute or simplify his documentary would have been detrimental to O’Sullivan’s central theories. Such complexity can often put off the more casual viewer and even seasoned conspiracy devotees may lose track of who is who from time to time, but for the most part Killing Oswald is an intricate and mesmerising tale that even its abrupt and slightly unsatisfying ending can’t come close to diminishing.