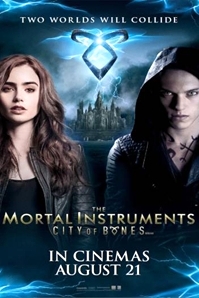 Adapted from a series of popular young adult novels, The Mortal Instruments: City of Bones (2013) is everything you’d expect from a mythology fabricated by a former fan fiction writer. This new franchise’s debut outing certainly has all the ingredients required to pique the curiosity of its target audience, yet offers only a tasteless and uninspired union of its literary conventions. Clary Fray (Lily Collins) leads your average teenage life, living with her mother in their remarkably spacious Brooklyn apartment. However, when she starts seeing symbols and figures that those around her cannot, Clary starts to question her own reality. 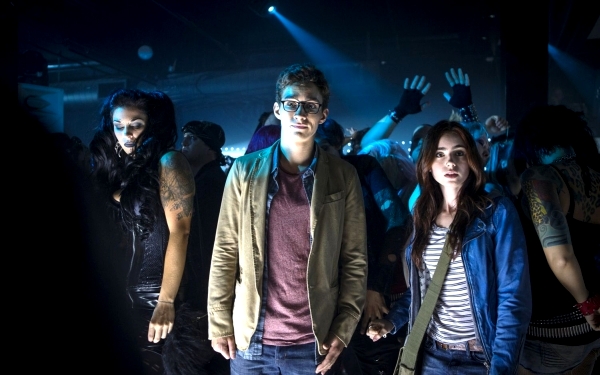 It would appear that Clary’s inquisitive nature has alerted a powerful malevolent force, and she soon discovers that she’s not actually a ‘mundane’ (the demon word for human), but is instead descended from a long line of ‘Shadowhunters’ who, for a number of centuries, have protected our world from an evil which threatens to annihilate humanity. Clary must join forces with these dark knights of the Downworld if she’s ever to save her mother and prevent the end of the mundane world. Combining popular Gothic fantasy tropes with the angst and despondency of forced adolescent melodramas, City of Bones unfortunately feels like an onslaught of contemporary teen ciphers; chopped, blended and served blandly cold.

An elaborate world where wand-toting, leather-clad teens slay vampires and demons whilst werewolves cower in derelict gas stations (!?), only the sight of an inebriated leprechaun or belligerent cave troll seems to be missing from this tiresomely derivative, fishnet-shrouded reverie aimed at misunderstood boys and girls whose culturally cultivated attention deficit disorder demand such hyperbolic theatrics. Whilst films like Twilight et al. remain watchable examples of low-end cinema, The Mortal Instruments’ neglect for the type of angst-driven, necessarily vapid character development key to teen literature adaptations leaves the viewer with little to invest in.

Whereas most tween offerings omit (relatively) complex motifs and themes in favour of building tangible relationships between good-looking clothes horses, City of Bones is almost entirely enraptured with its own garish special effects, with the film’s banal interchanges (including perhaps the most hilarious plot twist reveal committed to film this year – watch out Safe Haven) lacking both the tact and intelligence required to elaborate upon its most inert of love stories. Put bluntly, The Mortal Instruments’ dire attempt at romance makes Bella and Edward look like Bacall and Bogart.