Western narratives have long been fascinated with fate, beguiled by those moments in the past where a decision irrevocably changes the direction of our lives. These points of divergence can seem insignificant, whilst others stay with you forever. It’s the lasting memories of compunction that form the basis of James Ward Byrkit’s cerebral debut Coherence (2013), an economical, yet confident sci-fi thriller that tests the boundaries of independent filmmaking. On the night of an astronomical anomaly, eight friends convene for a dinner party but find their evening thrown into disarray when a series of strange events turn the atmosphere sour. 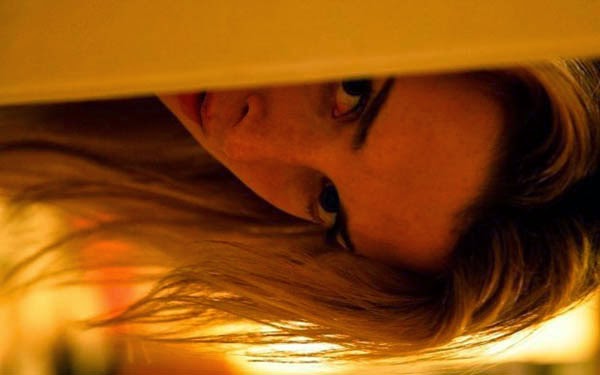 A comet visible in the night sky is the main topic of conversation, with Em (Emily Foxler) believing its orbit is responsible for her phone screen cracking earlier in the evening. However, when a power cut hits, a series of bizarre events lead the group to believing the comet has had a belligerent effect on the house; resulting in a roulette of parallel universes outside. From layman explanations of quantum physics – and Schrödinger’s cat – to comparisons with Sliding Doors (1998) the group begin to panic and Coherence morphs into a paranoid parlour game. The tension is ratcheted up to haunted house levels, yet the film suffers from one fatal flaw; this group of middle-aged LA socialites are insufferably self-absorbed and as the stakes are raised, become increasingly hard to stomach.

Commendable for its ability to generate intrigue and suspense from relatively minimal resources, Coherence follows the current trend of independent sci-fi dramas that focus on the interpersonal relationships of their cast rather than hinging everything on abstract ideas and overzealous CGI. As the group learn about their parallel selves and begin to question their own identity, the film unravels into an intriguing game of spot the difference, with clues – and the odd red herring – cleverly littered throughout the narrative to give the audience plenty to work with. Inevitably the film’s focus narrows in the third act to Em, and the missed opportunity that could have made her a famous dancer. The presence of her boyfriend’s ex only exacerbates this sense of ‘what could have been’, and reveals the psychological enquiry that underlines the film’s pseudo-scientific puzzle. There’s no denying that the premise has tremendous potential to explore the human psyche, harvesting its tension from the internal torment that consume its characters.

Yet the film continuously falls back on simplistic paranormal shocks and thrills rather than rolling up its sleeves and delving into its intricate maze of personal trauma. On top of this, there’s the inescapable fact that Coherence‘s thinly drawn cast are so repugnant and lacking in substance that it becomes hard to care about how they might have missed their chance to achieve happiness. The vacuous conversation at the dinner table could be ascribed towards a sly dig at the vapid state of Western privilege; a society continually hungry for more in a world where inequality leaves so many without, although this is doubtful. Ultimately the inability to immerse ourselves into the egotistical dilemmas of the cast illuminates the absurdity of the film’s premise and as the narrative progresses it becomes harder to get lost in the larger questions the film looks to posit. Coherence is a debut of tremendous ambition and potential, yet sadly, despite some genuine moments of tension, the film ironically makes too many wrong turns and its convoluted themes fail to coalesce on a human level, tempering the initial intrigue and culminating in a plaintive sense of admiration, rather than enraptured adulation.