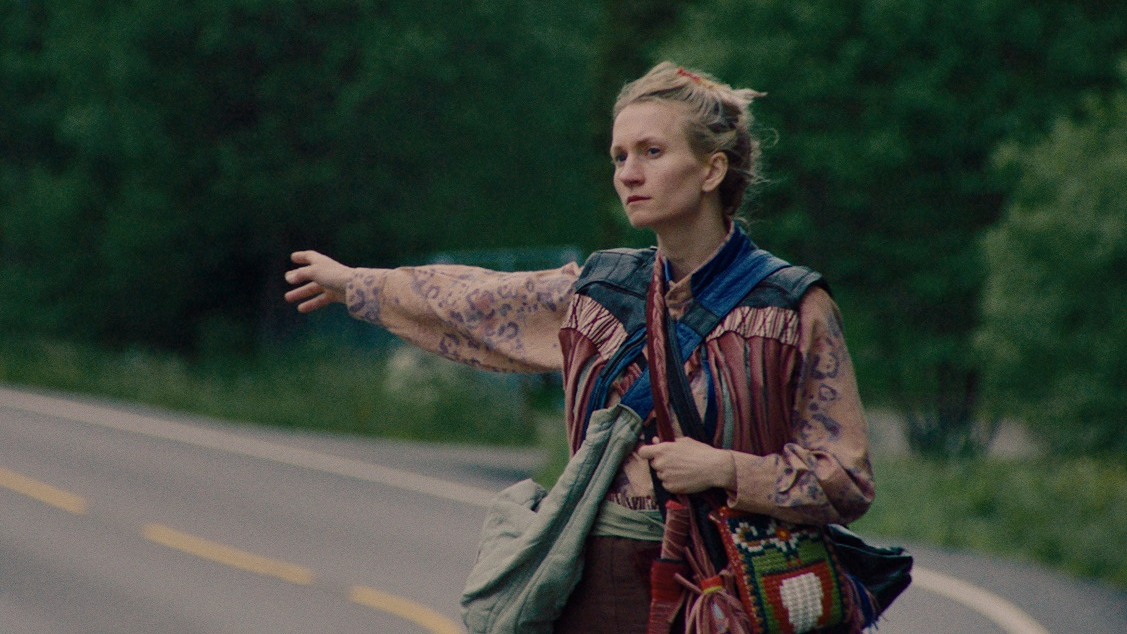 Itonje Søimer Guttormsen’s Gritt is a funny, maddening and at times touching work about art, ambition and how to live. The titular Gritt (Birgitte Larsen) is a familiar figure, both in real life and in culture: the artistic meanderer who desperately wants to express herself but is somehow unable to work out quite what it is she has to say.

When we first encounter Gritt, she is working as “undercover support” for Marte (Marte Wexelsen Goksøyr), an actress with Down’s syndrome who is appearing in a Norwegian theatre project in New York. Although she enjoys her work, it’s obvious that Gritt is unsatisfied with the periphery and wants to express herself more fully. She is working on something called The White Inflammation, but when she is rejected for funding, her life begins to unravel. Back in Oslo, she loses her living space when her aunt sells the apartment where she’s been staying. She ends up sleeping in the theatre – one which follows Artaud’s “theatre of cruelty” aptly enough – but finds herself once more on the outside looking in.

One of the most intriguing elements of Guttormsen’s film – inspired to a great extent by Larsen’s bravura performance – is how it suspends judgement on the main character. Gritt could be an outcast, kept out by self-appointed gatekeepers, or perhaps she is someone who is simply talentless, or worse still mediocre. Is this a comedy on Gritt’s delusions of artistic integrity or a satire against a pretentious world of culture who won’t let a determined young woman in? The chances are it is both. Guttormsen muddies the waters even further by casting real life figures as themselves (Goksøyr is an actress and activist, Lars Øyno plays himself as the theatre director), though the actual work they are doing sounds as daft as The White Inflammation: Marte is appearing in some atrocity called The Three Colours of Ibsen and outlines an idea for a film about a miners strike in which the miners all fall in love with her.

But it isn’t as if Gritt never gets a break. Lars, on finding her squatting in his theatre, allows her to stay and even gives her a job filming the residents at a refugee centre. Inspired by their stories, she instantly starts co-opting them into her pet project, using the theatre and applying for grants and not filming anything. This is not just dishonest chancery, it’s exploitative of the young refugees who for a moment have the hope that they will be offered the chance of telling their traumatic stories. Gritt is one of those liars who believes the lies she tells. For a moment, she forgets the actual consequences and trusts in some sort of “It’ll be alright on the night” resolution.

At first, the comedy has felt like the kind of cringe humour that accompanies TV comedies such as Fleabag, as the hapless Gritt stumbles from one faux pas to another. But in a fascinating change of direction, it becomes a distinct possibility that what we are witnessing is a pathology. When Gritt seeks refuge in a shelter, her interview turns quite dark: yes, she hears things other people don’t hear; yes, she has thought of killing herself, which makes it unnerving that even here she is rejected.

Patrik Säfström’s cinematography adds to the documentary feel, but also Super 8 home movie stock is interleaved, suggesting Gritt is out of time, a genius who with her talk of witches and rituals would have been better suited to some long-gone Summer of Love. Although the film changes direction and tone with a flightiness fitting to its protagonist, Guttormsen’s Gritt knows where it is going and ultimately gets there. It celebrates Gritt’s persistence and her drive, even as it reveals her shortcomings.