DVD Review: ‘Cutie and the Boxer’ 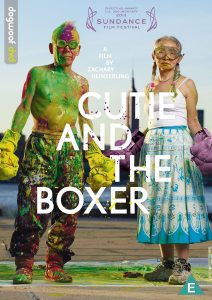 Amassing a considerable amount of buzz during last year’s festival circulation and now in the running for the Best Documentary Oscar, Zachary Heinzerling’s Cutie and the Boxer (2013) arrives on DVD this week boasting a veritable trove of plaudits and awards, particularly for Heinzerling who won the Best Director Award at Sundance. Such acclaim is wholly justified; this is a heartfelt and subtly powerful documentary that explores the depths of human connection, the importance of maintaining one’s ideals and, ultimately, the simultaneous detriments and rewards of suffering for your art, whatever form that comes in.

Cutie and the Boxer takes as its focus point Noriko and avant-garde artist Ushio Shinohara, a married couple whose 40-year-old relationship is founded on a deep sense of reliance, understanding and appreciation, and Heinzerling paints a portrait of their lives together through observing the simplicities of everyday minutiae and subtle nuances of their conversations. Starting with Ushio’s 80th birthday, which he shares with Noriko in their cluttered New York City apartment, the film begins to journey back – with animated renderings of Noriko’s art – in time, charting the beginnings of their courtship, the battles they begin to struggle with and the foundations of their relationship. 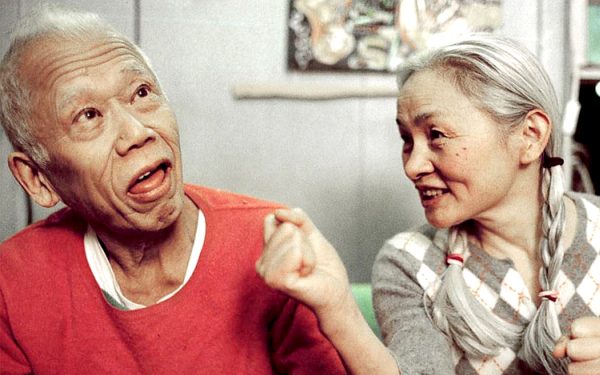 Having moved to New York City at the age of 19 to enhance her life as an art student in 1969, Noriko quickly fell for and married the 41-year-old Ushio, setting aside her burgeoning career to support an established and somewhat divisive experimental artist, whose many styles consists of donning boxing gloves and aggressively punching paint onto canvas. Struggling with money and Ushio’s alcoholism (something shared, in the present, by their son Alex), the pair make a living the only way they know how: creating, exhibiting and attempting to sell gregarious pieces of art. As Heinzerling’s documentary goes on, what becomes apparent is the deep-seated inferiority Noriko has maintained throughout their marriage.

Noriko seems perfectly content in the back seat, supporting her husband’s hare-brained endeavours whenever and however she can. “The average one has to support the genius,” states Ushio, portraying a rarely depicted selfishness when considering his partner, whose relationship with her appears playful and effortlessly resilient. However, instead of lurking in the shadows, Noriko continues with her own personal artworks: a series of drawings telling the story of Cutie and Bullie, a thinly veiled and creative treatment of reality that allows her to voice and reflect upon her thoughts, feelings and numerous regrets.

The vivid poignancy found in Cutie and the Boxer emanates from the many moments detailing the simple, matter-of-fact nature of such a chequered relationship, particularly when the opportunity arises for the pair to exhibit their vastly dissimilar works in the same gallery space, something the pair have no qualms about collaborating on, however much they disagree on the title. It’s a slowly riveting turn of events that asks – and tenderly answers – questions regarding the merits of empowerment, the dangers of sacrifice and how art imitates life – and vice versa.

Cutie and the Boxer is out now on DVD, courtesy of Dogwoof. For more info, visit dogwoof.com.