Blu-ray Review: ‘The Epic of Everest’ 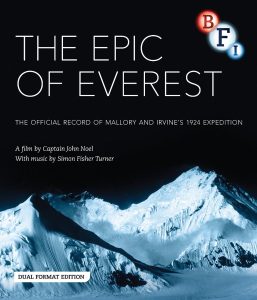 In 1921, the first attempt to scale Everest was launched. The expedition was exploratory in nature rather than a full–on assault, and although it failed to reach the peak, pioneering photographer and filmmaker Captain John Noel came back with footage and stills so remarkable that further attempts on the summit were inevitable. In 1922, George Finch employed oxygen and broke altitude records, but still the mountain stood unconquered. The subsequent 1924 expedition was to be the most thoroughly prepared and Noel went along hoping to film a victorious campaign in one of the harshest environments on Earth. 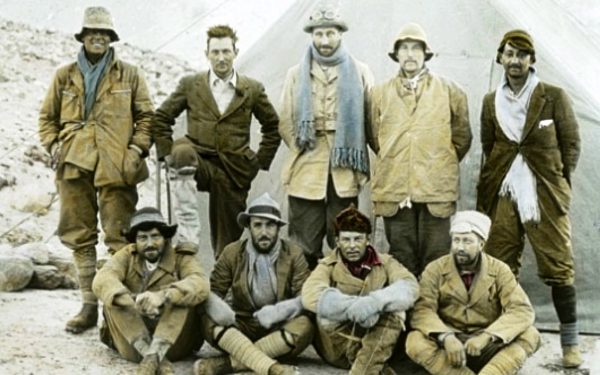 The Epic of Everest is Captain Noel’s record of another gleaming example in what was becoming a British tradition in heroically quixotic, grandiose and ultimately tragic failure. Remastered by the BFI National Archive and re-scored by Simon Fischer Turner (the original score is also available on the DVD), the film lives up to its self-promoting title. To have presented merely a visual document would have in itself been an achievement for the military man turned cameraman and adventurer. He was, of course, hampered by extreme conditions, technological limitations – footage was filmed on a hand cranked camera – and the sheer physical hardship in simply hoisting the equipment to suitable vantage points.

However, Noel – influenced by Frank Hurley’s film of Shackleton’s Antarctic expedition South (1920) – brings a genuine artistry to his documentary. The careful framing of every shot means the viewer never loses a sense of perspective: the human activity pitted against the sublime and towering landscape. Sensitive to plays of light, the shadows of clouds scuttling across the snow-scape and the creeping shadows of dusk bring the landscape alive and make explicit the thesis that Chomolungma (the Tibetan name for the mountain) has a personality of her own and broods over the activity of the British party. Noel’s narrative skills are also obvious as he takes interest in the local Tibetan women’s hairdos, a young boy getting a butter bath and the monks upon their teetering monasteries.

What’s more, the men in the expedition party are glimpsed as curious eccentrics, with their individual interests and responsibilities. As The Epic of Everest unfolds, there is a genuine feeling of melancholy as these men go from the jolly party of individuals to the austere black dots on a landscape of cruel white, arranging blankets on a slope to signal death and the ultimate abandonment of hope. George Mallory and Sandy Irvine’s demise haunts the film but although elegiac – their images emerge at one point like ghosts – Noel’s doc is ultimately a reaffirmation of their lives and the mountain, and the bravery of the men who first tried to scale her.

Win a Dual Format box set containing The Epic of Everest and The Great White Silence by following this link.