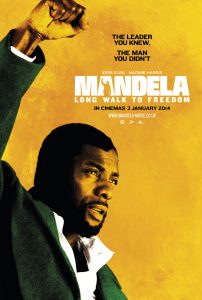 Director Justin Chadwick presents his protracted and ultimately disappointing biopic portraying the life of South Africa’s first democratically elected leader with Mandela: Long Walk to Freedom (2013) – and what a trudge it is. Charting the rise of the late Mandiba from his tribal origins to his coming to power in 1994, Idris Elba is unfortunately miscast in what is a central role of titanic proportions. From humble familial beginnings to his imprisonment on Robben Island and the subsequent end of apartheid, Chadwick’s awards-hungry drama plods through the key moments of Mandela’s life and political career in a reductive, box-ticking style. 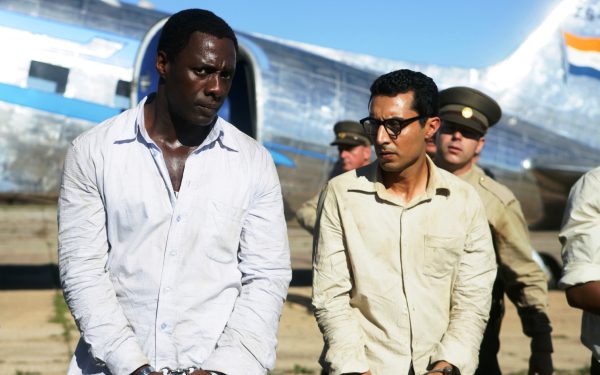 The tone is never anything less than fully respectful. Long Walk to Freedom avoids the trickier details of Mandela’s multiple marriages and personal failings. That said, there is some focus on Mandela’s volatile relationship with his fellow activist wife Winnie, whom he married in 1958 and was divorced from in 1996 – a period that includes his 27-year imprisonment. Naomie Harris’ portrayal of the fiery Winnie easily eclipses Elba’s disappointingly conventional lead turn. Harris is so strong, in fact, as to make us question whether a biopic of Winnie (Darrell Roodt’s was the last attempt) would have made for better viewing. Of course, compacting a 95-year life into two hours was always going to be a daunting prospect for a director.

William Nicholson provides the screenplay, adapted from Mandela’s own bestselling 1994 autobiography. The source text itself proves hefty material for both Chadwick and Nicholson (the autobiography clocks in at nearly 800 pages), who would appear keen to cover as many of the key events as possible (joining the ANC, arrest, imprisonment, ascension to power). And yet, Long Walk to Freedom offers up a poorly paced, whistle-stop tour of a monumental life, as opposed to an arresting, revealing portrayal wherein its audience could get to know (at least in part) the man behind the myth. The version of Mandela presented here feels more like a cardboard cut-out of an impassioned freedom fighter than a rounded, complex character.

Whilst there are brief moments showing Mandela’s weaknesses – including his relationship with his wife Evelyn Mase (Terry Pheto) falling apart (likewise with Harris’ Winnie) – Chadwick opts for a vanilla portrait that lacks the gumption to show this greatest of lives warts and all. Even as a womanising lawyer, Mandela is portrayed with caddish charm, the film treating his attitude towards the opposite sex flippantly for fear of insulting his legion of justified admirers. A Mandela biopic has been in the offing for well over a decade, but perhaps as it mulled over the years it somehow lost its bite. Chadwick’s heart is certainly in the right place, but his Long Walk to Freedom is all too concerned with portraying Mandela the legend rather than Mandela the man.