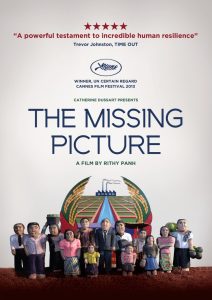 Cambodia’s official submission to the 2014 Academy Awards, Rithy Panh’s The Missing Picture (2013) fuses archive footage, stop-motion animation and voiceover in an attempt to recreate the atrocities committed between 1975 and 1979 by the Khmer Rouge. Born in Phnom Penh, Panh was only 11 when Pol Pot’s regime consigned his family to one of the regime’s agricultural work camps. Adopted from Panh’s autobiographical book The Elimination, The Missing Picture attempts to authenticate the human cost behind the Khmer Rouge’s brutal effort to construct a purely agrarian-based communist society. 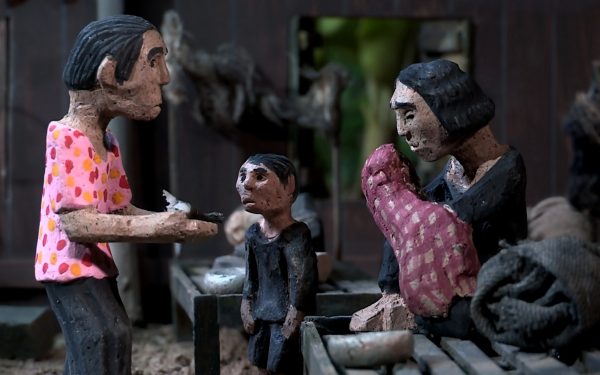 With little documented proof of the Cambodian genocide, Panh endeavours to construct a clear image of the cruelties he witnessed as a child through film. With over two million people displaced from the cities to toil under inhumane conditions in the country’s rural rice fields, Panh’s innovative, acutely traumatic documentary illustrates the consequences of a nation stripped of its identity and left to survive without even the most basic human freedoms. Consisting of a series of carefully crafted dioramas of human tragedy, The Missing Picture is populated by an intense sense of hopelessness – with each intricately fashioned figurine an indistinguishable vessel of a nation’s suffering and degradation under this brutal regime.

The use of claymation not only acts as an intelligent metaphor for the deprivation of individuality inflicted upon many of Pot’s victims, but also separates us from the emotional oppression of Panh’s subjective memories and present us with a far more harrowing proposition – a blank canvas in which to project our own families and friends and in doing so, begin to understand the magnitude of these events. The death toll associated with the Cambodian genocide is simply too gargantuan to truly comprehend. Panh’s poetic prose and the employment of some unwarranted symbolic imagery (crashing waves, disintegrating film stocks) initially feel like he may be pushing his message a little to forcibly. However, the director’s ability to perfectly articulated the atrocities he witnessed on both a human and ethical level allow these artistic flourishes to be easily forgiven.

Randal Douc is the man charged with exorcising Panh’s demons, and whilst his narration cuts through figures and stats to reveal the bare, emancipated bones of its victims, the pure emotional weight of Panh’s words are what fuse the film’s sorrowfully bitter cocktail of anger, despair and a resigned search for spiritual and legislative catharsis. Panh also briefly touches upon the culpability of the West (specifically the turmoil evoked by the carpet bombing of Cambodia during the Vietnam War) and how this furthered the rise of fanaticism that helped the Khmer Rouge attain power. The Missing Picture is at once an undeniably didactic lesson in the ethics of ideological warfare, yet truly flourishes when studied as a harrowing examination into the endurance of the human spirit.