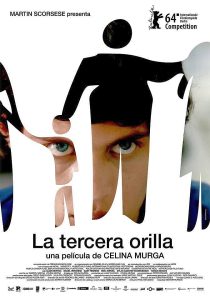 Produced by Martin Scorsese, Argentinian director Celina Murga’s The Third Side of the River (2014) is an oblique and slow-burning study of patriarchal oppression that aims to depict a certain truth about domestic intimidation. A beautifully observed father, son drama, Murga’s pressure-cooker of familial disquiet and indirect masochism asks a lot of question, yet provides very few answers. Nicolás is nearing adulthood, working hard at school and taking on extra work to help further his studies. He lives with his mother and younger brother and sister in a household haunted by the trace memory of family annulment. 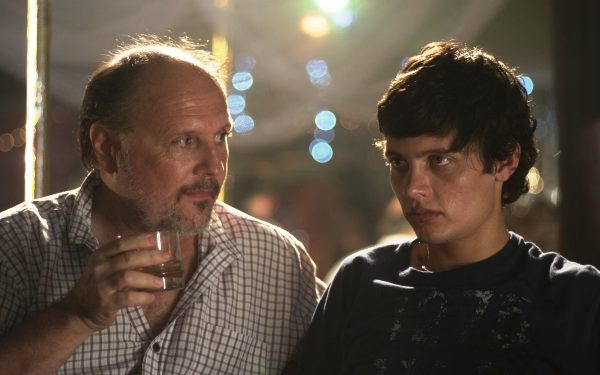 Nicolás’ estranged father, Jorge – a respected local doctor – can often be found in the house, either in his mother’s bedroom or helping himself to food from the fridge, despite having a new family on the other side of town. The scars of Jorge’s duplicitous lifestyle are faint, yet permeate throughout this modest home. Nicolás is thus pushed into a corner. Does he continue to be complicit in this sedately damaging dynamic, or carve out his own future? Deliberately withholding information from its audience, Murga’s The Third Side of the River forces the viewer to decipher the role of each of its characters – coercing us to decipher the complicated relationships in this contemporary depiction of a fractured family dynamic.

The film’s representational narrative plays out in a deceptively minor key, with Murga blinding us to the damage being inflicted by the film’s domineering father. Laudably steering clear of the clichéd ‘violent father figure’ and choosing a far more restrained approach, Murga has created a far more realistic and relatable portrait of domestic oppression than we’re typically privy to – a film of concealed tears and reluctant appreciation rather than veiled bruises and blackened eyes, Murga’s chooses financial manacles rather than physical ones for her allegory of Argentina’s current climate of fear. Sadly, this nuanced approach culminates in a noticeable lack of tension, diluting the film’s explosive climax and leaving the audience nonplussed as to why Nicolás would undertake such a dramatically rebellious act.

Murga’s sophisticated visual style is prone to sudden bursts of drama and impulsive flinches, successfully immerses us into the intricacies of this fractured family, with the relationship shared by Nicolás and his vulnerable step-brother of most interest – with Nicolás clearly determined to not let the mistakes of the past repeat themselves. Sadly, a script that’s far too laconic and reticent to explore these pangs of disillusionment by articulate the inner wretchedness of Nicolás’ family ultimately nullifies Murga’s restrained sensibility, confusing the audience and lessening the overall impact. Naturalistic to the point of absolute opaqueness The Third Side of the River is a film that invites further investigation, with each nuanced conversation and vigilant glance increasing in significance once the curtain closes.