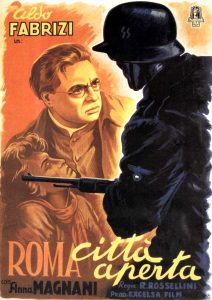 ★★★★★
By 1944, Italy’s film industry was virtually non-existent. Funding in the arts was severed to pool resources in the reconstruction of the country’s war-torn landscape. Yet it were these financial obstructions that inspired one of the most important movements in 20th century cinema. Mere months after the Nazi withdrawal from Rome, Roberto Rossellini and Federico Fellini began work on a picture that would lead to individuals like Martin Scorsese calling it “the most precious moment of film history” in years to come. Rome, Open City (1945) not only solidified Rossellini as a a world-class storyteller, but has since become the esteemed inception of Italian neorealism. 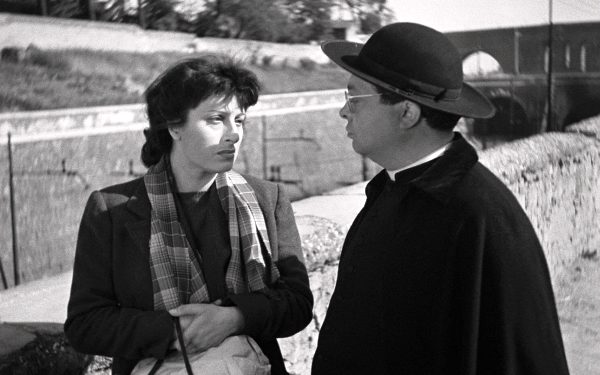 Originally intended as a dramatised account of a Catholic priest who had been shot by German soldiers for aiding in the partisan resistance, Rome, Open City soon translated into a call to arms for the entire Italian population. Rossellini capsules a derelict Rome, bomb-battered and hopeless. It follows engineer and leader of the opposition Giorgio (Marcello Pagliero) in his evasion of the Nazis and Italian collaborators. Giorgio finds sanctuary in his fellow underground comrades including priest Don Pietro (Aldo Fabrizi), a sympathiser to the rebel brotherhood. Amidst the city’s rubbled ruins, Pietro strives to conceal the whereabouts of fugitive Giorgio before their impending capture compromises the planned the rebel uprising.

When Italy’s political liberation seemed infinitely intangible, the lines between acting and reality mesh together to form an overwhelming tirade of anger and despair. Fabrizi as the protector of morality, Pagliero as the stoic symbol of resistance, and every character’s individual cry for release from the Nazi regime still today seems all too palpable. However, despite sprawling academic analysis on what has been hallmarked as Rossellini’s “masterpiece”, it must be noted that time has shifted the thematic structure of the film. While the stylistic foundations of neorealism murmur in the hardened faces of amateur performances and no-budget filmmaking, Rome, Open City could, by today’s standards, be viewed as more of a morose melodrama.

The pace and staging of the film possesses an undeniably classic touch; one that has been replicated and heralded by directorial masters ever since. This is not to defame the film’s importance in its inventiveness, its influence or its intentions. Rome, Open City cemented Rossellini’s presence on the international film market, and paved the way for his aspirational co-workers. The frankness of its writing was only magnified by the real-life sorrow embedded in the eyes of its cast. But what seems more evident in this restoration is beneath the melodrama lies the brutal truths of the Second World War. It was the harsh reality of war that made this film, but it was the bravery and boldness of its creators that has made it so unforgettable.