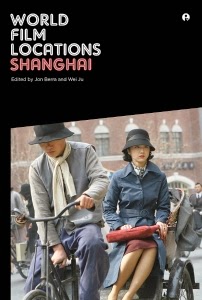 Shanghai has a long, rich cinematic history, spanning from the Golden Age of Chinese cinema in the 1930s to its modern role as an international production hub for both Western and Eastern filmmakers. World Film Locations: Shanghai is the latest in Intellect Books’ cinematic guidebooks, providing a considered and informed psychogeographical exploration of the relationship between cinema and urban spaces, with this issue focusing on the showpiece city of China’s rapid economic boom. The backdrop for an eclectic mix of mainland Chinese independent films like Lou Ye’s Suzhou River (2000) and Zhao Dayong’s Street Life (2006), Shanghai has also featured in numerous western productions such as Mission: Impossible III (2006), Skyfall (2012) and Spike Jonze’s Her (2013).

Now China’s most populated city, Shanghai is in the process of reclaiming its position as the country’s pre-eminent home of national cinema. Witness to British, Japanese and Communist rule, the city’s identity has long been a malleable one which is why now, with China’s precipitous adoption of globalisation, an examination behind the difficult and often ignored reality of Shanghai’s global image is so important. Not merely content to examine the carefully constructed veneer of China’s economic prowess and its appropriation by Hollywood, World Film Locations: Shanghai also attempts to delve beyond the city’s illuminated skyline and reveal the films that give a voice to those displaced and commonly ignored by the fiscally-compelled gaze of the international media. 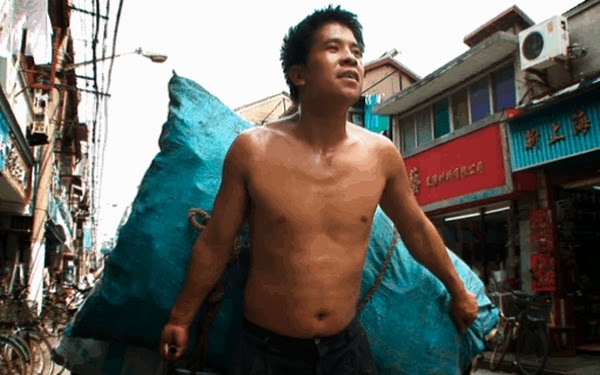 Using a combination of brief scene analyses, city maps and insightful essays, Intellect’s World Film Locations: Shanghai provides an illustrated tour through Shanghai’s streets and its complex history. Covering the work of China’s fifth and sixth generation filmmakers, as well as work from the country’s Golden Age and a liberal splash of western films, the book illustrates how Shanghai’s identity has shifted from the ‘Paris of the East’ to the metropolis of the future. Technological advancements have allowed Shanghai to become the futuristic backdrop to many a big budget sci-fi, whilst these same advancements have helped place digital cameras into the hands of China’s independent artists who aim to examine both the human cost of globalisation and the cultural damage caused by such rapid urban expansion.

By presenting these divergent cinematic approaches with near-equal weighting, World Film Locations: Shanghai presents readers with an even-handed and eye-opening depiction of a city that, through mass regeneration, is rapidly losing its memory. As with any anthology, the quality of writing found within this anthology collection is somewhat varied. As discussed in Isabel Wolte’s essay ‘Shanghai: City of the Imagination’ and later, more comprehensively in Mariagrazia Costantino’s essay ‘The Great Divide’, Shanghai is a city of parallels: between old and new, east and west, and especially between rich and poor. The same could perhaps be said of the content on offer here, shifting from informed and engaging analysis to simplistic scene deconstructions that offer little correlation between the image and its context.

Whilst commendably including a series of works from China’s independent documentary movement, the unavailability of these films often culminates in extensive clarification of each work’s précis, leaving little space to examine their relationship to Shanghai’s malleable image – with the admission of an essay promoting this movement feeling like a missed opportunity. However, with Shanghai exemplifying China’s transition from socialism to capitalism, World Film Locations: Shanghai still remains a perfectly fine starting point to learn about the city of tomorrow, today.