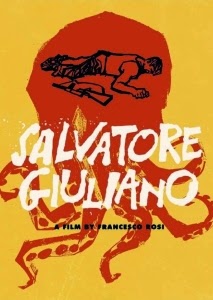 Cinema is a form that forgets its relative youth at times, for that explanation is what can only be reasoned why Francesco Rosi is not remembered in the way he should be outside of his native Italy. Hopefully, this beautiful reissue of Salvatore Giuliano (1962) by Arrow Films (with a home entertainment release soon to follow packed with extras and huge booklet) will rectify this anomaly. Rosi uses the story-come-myth of Sicilian bandit Giuliano as a pretext for a historical, political and social document of the time and of the insular setting which made it possible. It took a bold diversion from neo­realism and fashioned an enigmatically daring structure of flashbacks and non­-linearity, which we hardly ever see the anti-hero. 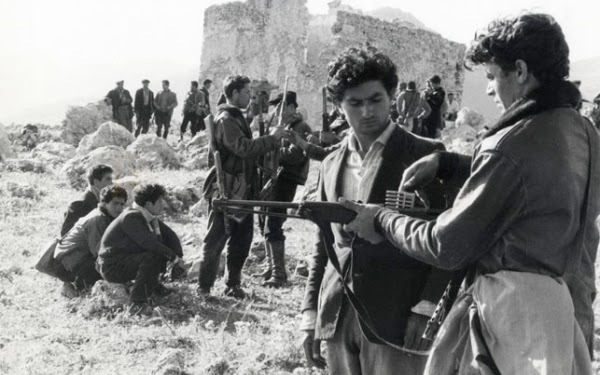 From Rosi’s formal irrelevance we can see the germs of Gillo Pontecorvo’s seminal The Battle of Algiers and Costa-Gavras’ Z. Unlike those filmmakers and their ilk, Rosi has a need for the non-ambiguity of the ‘truth’. With Salvatore Giuliano we have only the depiction of the known and verifiable. which can be difficult when the eponymous character Giuliano was entwined with so many different elements, be they political elements, the Sicilian mafia and his fellow bandits. One of the refreshing perspectives Rosi forces upon his audience is of his disgust for gangsters and the glamorous romantic figure that they now represent within popular culture. There are no black-hatted villains here, however. Rather, we reside in a place that ceases to include heroes and Rosi’s search for truth is always just out of reach.

Not for Rosi the simplistic idea of rounded explanation, Salvatore Giuliano starts at the end of Giuliano’s life, his body a battered gallery of gunshots. Standing over his body are police and military officials, soon joined by members of the press, who soon work out that something is rotten in the state of Denmark. At this point Rosi starts the angular non-linearity in his protracted way of seeking to illuminate Giuliano’s eventful adult life from being part of the separatist movement in his earlier twenties to his grisly death at just 28. The birth of post-war Italy is the rabbit that Rosi goes hunting for as the rise and fall of a Sicilian bandit foreshadows postwar Italian politics, revealing corruption and deceit all the way to the top of the political and mafia class. From the Allies pushing to undermine the fascist regime (with the mob’s assistance), numerous separatist groups waged insurrection against the local government.

Alongside these events is the rise of the Italian Communist Party, whose victory in the 1946 elections helped trigger the Portella della Ginestra massacre. Rosi posits that Giuliano was used by the powers that be to suppress opposition. Salvatore Giuliano is full of cubist verisimilitude, with its use of real participants within the life and death of Giuliano, from arrogant lawyers, dumbfounded soldiers and nihilistic peasants. The only two ‘actors’ included in the film are Salvo Randone and Frank Wolff. In actuality, it isn’t Giuliano himself who’s important for Rosi; it’s the knotted tangles of skirmishes, negotiations and massacres, and the chronological journey that is shown as is. The titular anti-­hero always threatens to appear but never does until his death. This creates a mythical symbol: destroyed youth, a nation’s blood debt and the beautiful boy with a mother crying at his feet.