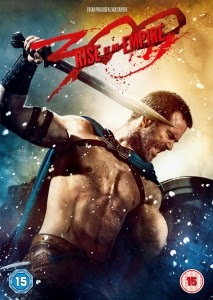 Watching 300: Rise of an Empire (2014), a belated sequel to Zack Snyder’s blockbusting swords and sandals breakthrough 300 (2006), you can just envision the simple studio proviso submitted to director Noam Murro this time around (“Do what the last guy did but crank up the slow motion action quota tenfold”). The ‘if ain’t broke, don’t fix it’ approach works pretty well where the swordplay and carnage is concerned, and fans of the original will probably enjoy what’s on offer here. Unfortunately, the flaws which hobbled the first film are also inherent in this second helping – namely in its inability to offer an engaging yarn of antiquity between the impressively-staged, largely nautical battle scenes. 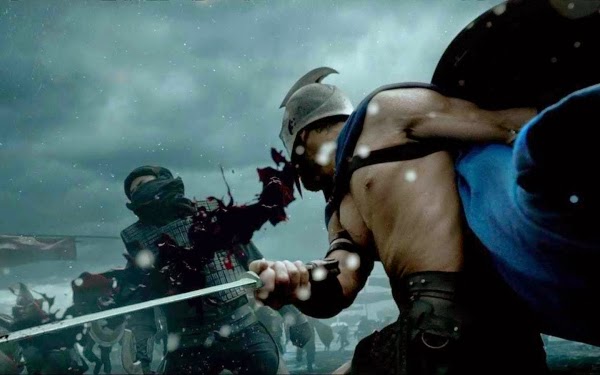 One interesting narrative conceit this time around is rather than pitching up after the events of the first film, the struggles of King Leonidas (Gerard Butler) and his 300 warriors run concurrently with the action here, as the emphasise switches from the Spartans to the Athenians (the device is crying out for a mammoth fan edit, encompassing both films). Returning from the previous instalment, Leonidas’ wife (Game of Thrones star Lena Headey) narrates the story, which also includes the origins of Xerxes (Brazilian Rodrigo Santoro) and his transformation from a mere mortal into a gold-plated, opulent disco deity. Here we see General Themistocles of Athens (Aussie export Sullivan Stapleton) waging war on his Persian adversary whose father, King Darius I, was turned into a human souvlaki by the Greek a decade earlier.

Also involved in the fighting is the king’s right-hand woman, the sly and calculating killing machine Artemisia (Eva Green). Armed with the kind of impressive effects only a huge sum of money could buy, but lacking much in the way of narrative drive, Rise of an Empire grows increasingly monotonous between the scenes of combat and has to rely on the vampy Green as its saving grace. She brings nuance and shading to her character’s icy resolve, compared to the largely one-note, disposable turns from her male co-stars. The film grows sluggish and struggles whenever Green is off screen and Stapleton, expected to fill the Butler mould, can do little to stave off the inertia. Aside from Green, the other notable presence here is Brit Jack O’Connell, who acquits himself solidly if unremarkably in his first big studio film. Rise of an Empire is by no means an awful film (the bizarre mid-point sex scene may crop up in a few ‘worst of’ lists in the future), but it doesn’t do enough to forge its own personality and is unable to cast off the shackles of what came before.