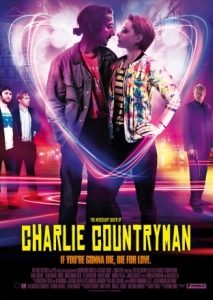 Opening with an blurry-eyed, ethereal exposition that treats the audience to a brief taste of the film’s tragic climax, Fredrik Bond’s The Necessary Death of Charlie Countryman (2013) is a contemporary fairytale that imbues its tripped-out, quasi-romantic thriller with a hefty touch of the supernatural. In the immediate aftermath of the tragic death of his mother, Charlie (Shia LaBeouf) has a vivid hallucination in which she tells him to pack his bags and go to Bucharest. Unfortunately, she actually meant to say Budapest (no, really), and if she had corrected herself her son Charlie would almost certainly have avoided the violent and taxing holiday he’s about to embark upon. 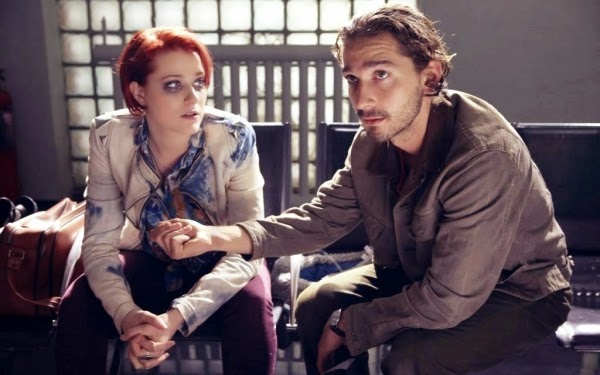 A vivacious Romanian man dies on Charlie’s shoulder during the flight, with his spirit pleading with Charlie to visit his daughter – a cellist named Gabi (Evan Rachel Wood), whom he predictably falls madly in love with. The trouble is, she has a husband, a brutish and belligerent drug dealer (Mads Mikkelsen), whose fiery temper and unsavoury background culminates in Charlie finding himself, hounded by the mob, lost in a foreign city and intoxicated by intense feelings of love, bereavement and confusion. He’s not alone, as Charlie Countryman is perhaps one of the most muddled and convoluted unions of sub-genres you’re ever likely to see. A surreal portmanteau across the neo-classical boulevades of Bucharest that drowns in its own excesses and a haphazard reliance on magical realism.

Bond’s history as a commercial director is still clearly visible, with the film over-stylised and littered with a plethora of needless flourishes, clearly intended to paper over the cracks of this fragmented love story. The most jarring element has to be the film’s vacuous script, were lines such as “What’s a little piss between friends” and “You’re like a wind of shit in my life, I wish you would blow over” recited with such benignant sincerity, it’s hard to see it as anything other than a bad joke taken terribly seriously. Add to this a collection of convenient chance encounters, villains ripped straight out of a comic book and the surprise inclusion of The Inbetweeners’ James Buckly alongside an unnaturally prominent Rupert Grint – of Harry Potter fame – as a pair of inept backpackers with a penchant for ecstasy, and you have a film so shambolic it’s hard not to find its ugliness at least a little endearing.

The implausibility of Bond’s entire narrative and his own muddled direction ultimately culminates in a fairly enjoyable experience. Once you accept the improbability of this spiritually enlightened tale of redemption and allow yourself to overlook the film’s numerous short comings, there’s plenty of fun to be had. Only time will tell if The Necessary Death of Charlie Countryman becomes the cult classic it’s divisive direction demands, yet any film that so flippantly leaves itself wide open for such heavy criticism is always going to struggle. A fatuous thriller masquerading as a trashy, vigorous love story, Bond’s latest is perhaps one of the most ridiculous and flawed films released this year – yet remains curiously lovable.

This review of The Necessary Death of Charlie Countryman was published as part of our 2013 Berlinale coverage.