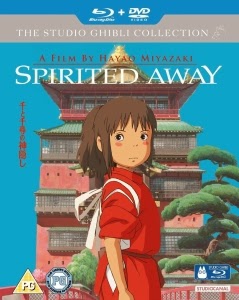 ★★★★★
There is a scene part of the way through Hayao Miyazaki’s exceptional Spirited Away (2001) in which the young girl, Chihiro (voiced by Rumi Hiiragi) helps to bathe an odorous spirit that frequents the bathhouse in which she is forced to work. Her tenacity in serving a customer that everyone else has shunned is rewarded when the spirit is revealed to have been a polluted river spirit in need of cleaning. The sequence echoes the entire film’s perfect blend of Miyazaki’s recurrent themes in a beautifully realised world of traditional Japanese myth. This is a magical, joyous, complex and heartstring-tugging masterpiece of cinema. 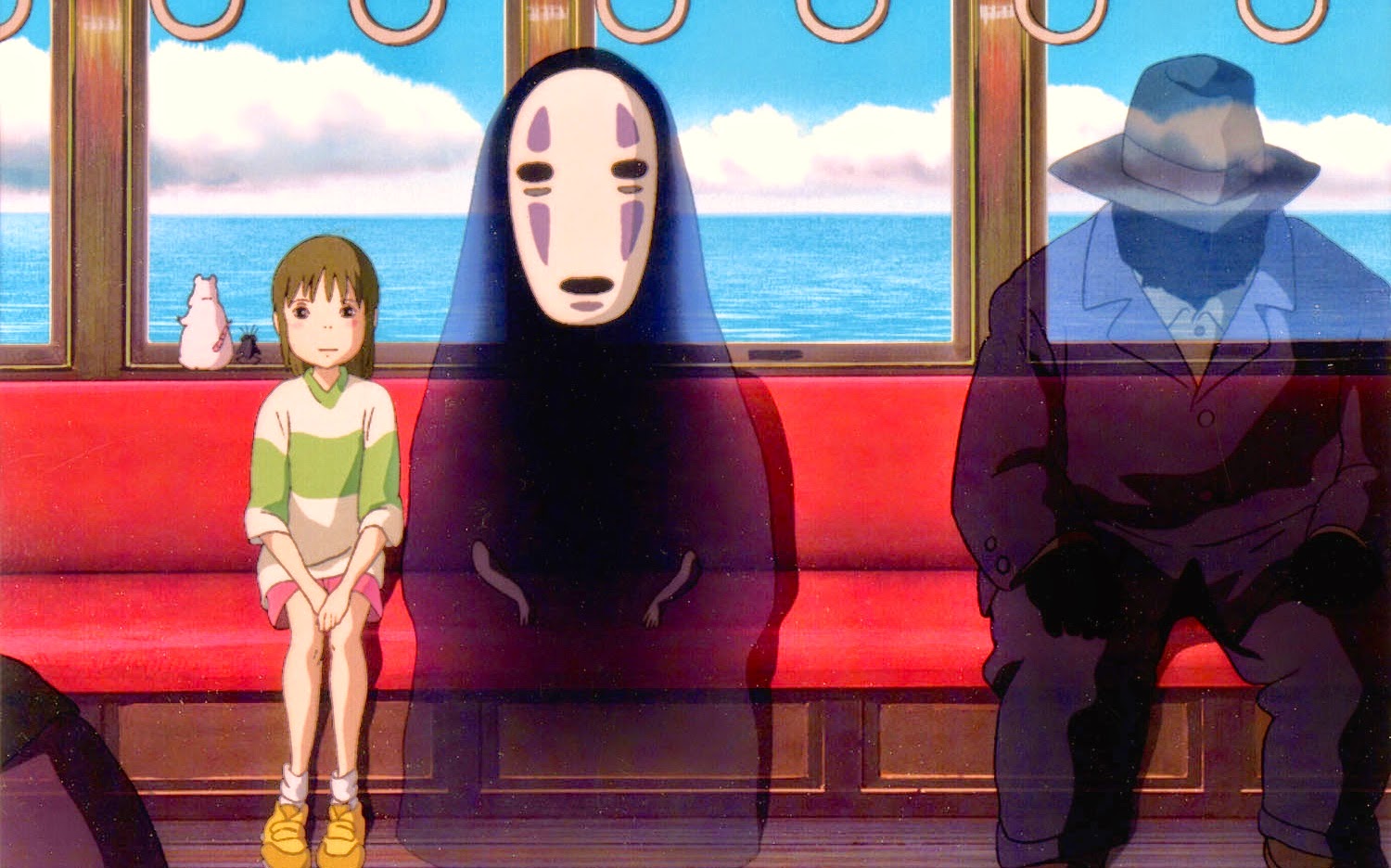 Chihiro’s employment at Yubaba’s bathhouse may be imbued with allegorical undertones of child prostitution, but at the same time it equally manages to delight and astound audiences both old and young. This is not animation aimed at children as much as masterful storytelling accessible and appropriate to them, with deeper levels to be mined. The central narrative drive is created by thrusting the wonderful Chihiro – a little girl with a big heart and an indomitable will – into a truly frightening childhood scenario; being separated from her parents in a strange place. Of course, this being a supernatural tale, that happens when her parents come across a mysterious bounty of delicious food in an abandoned theme park. Unable to subdue their appetites, they are transformed into pigs, leaving Chihiro alone.

Her situation becomes all the more interesting after dark – suddenly her surroundings are humming with activity when the park’s spectral denizens descend upon its own centrepiece castle – a grand, ornate bathhouse. It’s a stunning sequence that introduces the enchanting spirit world that Miyazaki has created and into which Chihiro must rush headlong. Though she is scared, this is of course what she does, proving to be the next in a line of the director’s strong female protagonists – inherently kind and perennially loveable, with fearless heroism to boot. In order to earn her parents’ freedom from their porcine punishment, she must work for the bathhouse madam, the witch Yubaba (Mari Natsuki). Like many of Miyazaki’s antagonists, Yubaba’s villainy is nuanced, never succumbing to the absolutism of many cartoon antagonists.

Ghibli’s always elegant hand drawn animation only enhances all of Spirited Away’s countless qualities, bringing to life its rich and vibrant setting and characters – filled with images and sequences with an indelible quality. There are soaring flight sequences and cute sidekicks in equal measure; warnings about damaging the natural world segue seamlessly into playful and humorous episodes. It makes you laugh and it makes you cry, it lifts your heart and challenges your head. Most of all, you’ll be as lost as Chihiro in Miyazaki’s magical world and be equally as sad to say goodbye. Simply put, Spirited Away is one of the greatest animated films of all time, if not the greatest.